Nigerian comic writer, Tosyne2much has draw the attention of people to about 10 factors that could militate against the development of corp members. 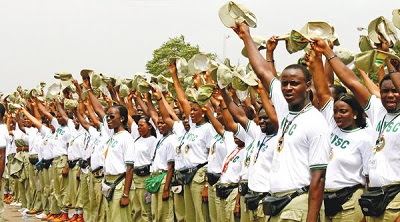 National Youth Service Corps can be fun and exciting yet a great time to define your goals in life, a time to build relationship, or any number of other things. It is a step closer to “real life" when there are pitfalls and landmines along the way that can derail one on the path to fulfilling your dreams and careers in life.

There are some major dark sides of National Youth Service scheme which are pathetic, thinking of various abnormalities participants are brewing on a daily basis which are

1. Having secret love affairs with students

Some male corps members are nothing but paedophiles as they are fond of taking advantage of the innocence of students entrusted with them to gain sexual gratification. It's very disgraceful to see male corps members jubilating when posted to primary/ secondary schools because they know they stand a very good chance of sleeping with girls that are below the age of consent. This is the height of stupidity being perpetuated by some male corps members and that's what some of them spend their time doing for a whole year then they return back home the same way they left.

Spending recklessly, lavishly and ostentatiously on irrelevant things are common traits among some corpers of today. They eat with their two hands, go into debts and will still demand more money from home. In fact, even their khakis and jungle boots can easily be recognized by every beer palour in their environment where they normally have rendezvous. These are people who will return back home empty handed after their service year after which they will begin to constitute nuisance in the society by becoming IPOB and Afonja when joblessness hit them.

It's not new to us that some male corps members are fond of chasing and sleeping with both village and rural girls out of NYSC exuberance. In fact, I, Tosyne2much, have even witnessed a scenario when a male corps member sighted his crush by and quickly dashed into his room to change into his khaki and jungle boot so that the girl will know he's a serving corper. Some of them impregnate these girls in the process and will head to NYSC secretariat for redeployment to another state in other to avoid shame and embarrassment. This is how notorious some guys can be and that's how curses follow them anywhere they go.

4. Married/Engaged Woman disguising themselves as single ladies in orientation camps

Many of us must have seen married and engaged women stupidly falling in love with random guys in orientation camps because of stomach infrastructure at mami market. These are ladies who find it difficult to their hold body for three weeks in the absence of their husbands/boyfriends. I remember when I was serving in Kano in 1995, a married woman and a guy were caught doing it on parade ground and were both sent packing.

Most ladies, if not all, get carried away by the euphoria of NYSC and that's why there's a high possibility of losing your girlfriend the moment she goes for service. This is the time they cohabit and flirt with anything that has two legs since their boyfriends are out of sight. They can even flirt with rifraffs such as native doctors and palm wine tappers forgetting they have boyfriends somewhere, and at the end of the day, they return home with syphilis, gonorrhea, chlamydia, genital herpes, trichomoniasis, HIV/AIDS, etc.

No matter how some rules seem to be old-fashioned, corpers should endeavour to pay obedience to them especially those that are serving in villages or Shari estates. It has been observed that some corps members usually rebel against what they deem to be outdated laws because they feel they're too educated to obliged to them and that's how many of them invite problems into their lives. E.g sleeping with people's wives, oro festival, etc.

Some corpers are notorious thieves who exhibit their stealing prowess in orientation camps and have been caught vandalizing people bags just to steal their money, phones, chargers, clothes, caps etc; and when they get caught and excommunicated from camp, they put the blame on their village people who don't even know their Call-up numbers. That was how a corper vandalized my bag and stole the three packs of Gold circle condom I took to camp and left me stranded.

8. Sleeping with NYSC Officials to get posted to juicy places

So many female corps members have been caught sleeping ladies with soldiers, camp commandants, gate men and photographers with the hope of being posted to juicy places. At the end of the day, they still get posted to ridiculous places where they have no access to light, water and network

9. Not allowing the service year to pass through them

First degree is now gradually fading out as employers believe it is no longer enough to equip you for a competitive labour marker and that's you must have something special to offer that will give you an added edge instead of expecting people to bow their heads for you because you think you have a Bsc. Many corps members don't consider going out of their ways to add to their knowledge but only fantasize about how they will work in Chevron after their service year.

Making friends and meeting new people right from the basic orientation exercise in camp increases people's chances of getting connected to the right people. Getting acquainted with the right people can be very resourceful because they may be very useful in your job search. Some corps members remain stagnant not because they are not resourceful but because they are too proud and pompous. They feel they are above any other person therefore they don't see themselves mingling and discussing with people that can help their situation. 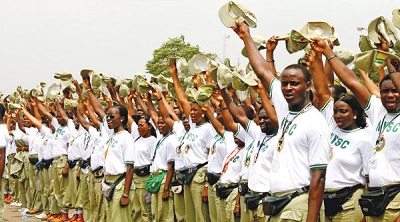