According to the police, eight laptops, twenty-six mobile phones, one ipad and thirty- five sim cards were recovered from the fraudsters.

Online sources state that a 36-year-old victim who works as a Nurse in India accepted a friend request to one Augustin William, who claimed to be a pastor working from Northern Ireland.

After chatting for three months, the accused promised to send the victim gifts worth $50,000 along with an Iphone, a wrist watch and a gold set with pearls.

In March, however, the victim received a call from a man who said he was a custom official working at Delhi Airport. He asked the victim to deposit Rs 27,500 as registration fee to claim the courier and then continued to persuade her to spend money.

A police team led by Inspector S V Harikrishna, SIs Vikram Reddy, Anil Kumar under the guidance of Inspector Mohammad Riyazuddin of Cyber Cell, raided the hideout and seized all those items.

The names of the suspects are; 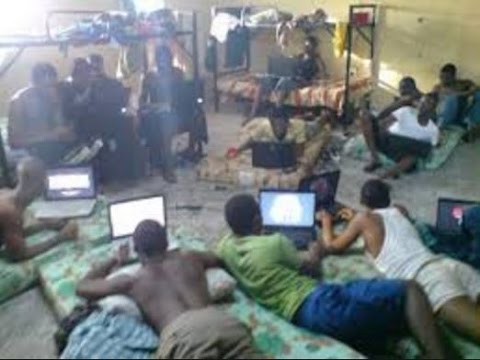