Menu
Home » Entertainment » Must Read:- Ladies There Ways To Know If You Should Marry Him

Must Read:- Ladies There Ways To Know If You Should Marry Him

here are five signs you shouldn’t marry him that give you the green light to walk away, even when you’re not 100 percent sure you’re doing the right thing.

He gets violent, even if he doesn’t hit you.

You may think this is a no-brainer but it isn’t. Most women I know who’ve been in abusive relationships have immense strength, only to shut down in the presence of her partner’s anger and violence. As a strong woman myself, I froze when a guy I’d been dating went into a rage one night, throwing things, damaging property and calling me names.

I knew it was a deal-breaker because even though he didn’t put his hands on me, he scared me. No healthy relationship can be built off a foundation of fear because you never know when his actions may escalate.

I knew it was a deal-breaker because even though he didn’t put his hands on me, he scared me.

Many people will say this point is debatable because lots of couples who have fidelity issues repair their relationship and end up in a better than where they were pre-cheating. But it’s not the act of cheating that’s the deal-breaker here; it’s the disrespect, broken trust and significant risk to your health. (Hello, STDs!)

With all the risks that hang in the balance for just a tiny bit of pleasure, it’s entirely inconsiderate and selfish when a man cheats on you. Do you want someone who puts his wants before your needs, like security and trust? I don’t, which is why I’ve said BYE to cheating men.

3. He suffers from addiction.

There are plenty of honor badges to be earned by standing by your man when he’s fallen on hard times. But CAUTION: if you stick with a man fighting demons, namely addiction, you’re in for disappointment. Addiction can range from less-severe, like cigarettes, to major issues such as drug, alcohol and sex.

Someone who suffers from an addiction will do anything — and I mean anything — to get their fix, even at the expense of those they love. So unless you’d like to be second to whatever vices he has, it may be time to “leave smoke.”

Gaslighting — which is the manipulative act of someone attempting to change your memory or perception of events in their favour, making you feel crazy or like you’ve forgotten something. But when is gaslighting a deal-breaker and one of the signs you shouldn’t marry him, you ask? The answer is, when it happens.

A man who resorts to manipulative tactics to have his way or “win” an argument will continue to play mind games and be dishonest with you. When I experienced gaslighting in my relationships, I felt crazy and my self-esteem plummeted until I understood the game that was being played.

5. He doesn’t claim or proclaim you.

Many women will spend time in limbo-like relationships with guys who won’t give them the girlfriend title. Here’s the truth: If you’ve been dating a man for longer than six to nine months and he hasn’t made you an official part of his life, it’s time to MOVE ON. Stop making excuses for why things aren’t progressing to the next level; you’ll only waste time, and your time is worth more than that.

These days, I don’t settle for less because I don’t want a man who makes me a bargain-bin find. If he knows your worth, he’ll claim and proclaim you and there will be few conversations about how “he isn’t ready.”

Take advantage of the situation and leave immediately; it’s the best thing you can do for yourself. 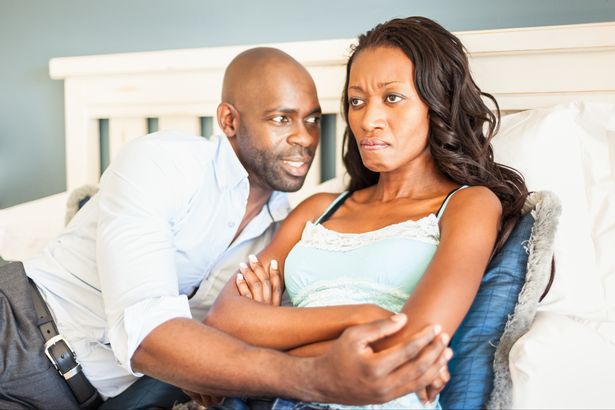