Must Read] The Real Meaning Of Nigeria Army Logo 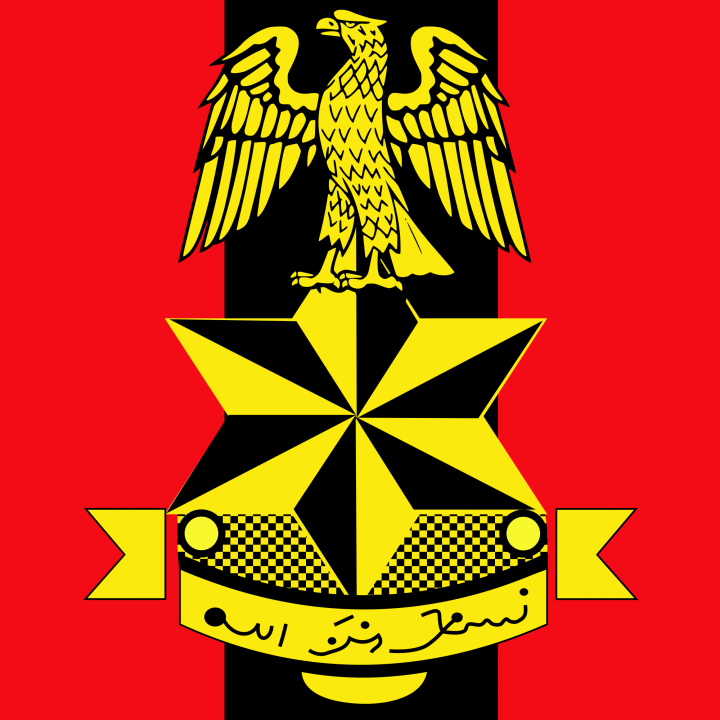 THE EAGLE: The eagle represents the graceful power of the Nigerian Army. In various cultures across the globe, the eagle is revered as a towering symbol of grace, power and elegance. Just like an eagle, the Nigerian Army maintains keen surveillance during times of peace and strikes with brutal precision and eye-popping decisiveness only when it has been provoked beyond tolerance.

THE TWO INTERLACED TRIANGLE-LIKE SIX-POINTED STARS: This is the first symbol of Nigerian unity and it was first struck by Governor-General Lord Lugard in 1914. This was put in place when the Northern and Southern Protectorates were merged to form one nation, which explains the interlacing of the two stars. The Nigerian Army shall maintain the unity of Nigeria.

THE ARABIC SCRIPT: The transliteration of the Arabic script on the Nigerian Army logo is:Nasrunminallah  which means:Victory Comes From God AloneThis particular motto was inscribed on the banner under which the Nigerian indigenous forces battled against the invading colonial forces. It symbolizes the fact that the Nigerian Army stands to defend the territorial integrity of the country at all times. The motto was formerly that of Shehu Usman Dan Fodio, head of the Sokoto Caliphate. Contrary to what many think, the inclusion of the Arabic motto was not done singlehandedly by General Muhammadu Buhari (now president) or by northern elders but by the British.

The adoption of the motto of the Sokoto Caliphate, as that of the Nigerian Army, was made by the British – before Nigerian Independence, and long before Major General M. Buhari (rtd) even joined the Army.  The Nigerian Navy and AirForce have different mottos from the Army.

One of the reasons was that the fall of Sokoto in 1903 – and death of Sultan Attahiru – was (and in some circles, still is) inaccurately regarded by western historians as the last formal battle in the fall of what became “Nigeria”.  The highly symbolic Flag of the Caliphate was captured by the British, recaptured by gallant Sokoto Horsemen and recaptured again by the British.  It was kept for many years as a British trophy in one of the officers’ messes in Kaduna but returned in a formal ceremony just prior to Nigerian Independence.  The myth was spun and sustained by British Tradition.

However, “Nigeria” did not really fall in 1903.  The Tiv of the middle belt of “Northern Nigeria”, for example, were not militarily or otherwise pacified for at least another ten (10) years.  Many pockets of resistance remained in present day “Southern Nigeria” – including Ekumeku and many others. Abeokuta lost its independence in 1914.

Many indigenous pre-colonial Nigerian armies and nationalities resisted British rule.  They all presumably had their own mottos, but Sir Lugard was preoccupied with his personal legacy as embodied by the subjugation of the Sokoto Caliphate and stabilization of the Anglo-French colonial frontier in the north.  It is not the making of modern day “Northern Nigeria” or “Northern leaders” or “Leaders of Northern origin”  or “Hausa-Fulani oligarchy or cabal” – as various writers suggest, that the motto of the Nigerian Army is that of the pre-colonial Sokoto Caliphate.   It is one of the many colonial scars in modern Nigeria – and there are many.  I have even heard of a cynical interpretation that Lugard privately scoffed at the Sokoto motto “Victory is with God Alone” by saying that he gained victory over the Caliphate by combining God with the Maxim gun.  And so to this day, while we are encouraged to wait for God to bring victory,  predator nations worship God in the day and make new weapons at night.

The Army motto can certainly be discussed and debated and perhaps even open to change after due process (if deemed necessary), but we should keep the true historical context and cynical significance in mind. Nigeria is in many ways the way it is because of the legacy of British conquest.  Major General M. Buhari (rtd) did not single handedly or otherwise inscribe the motto of Shehu Dan Fodio into the battle flag and the insignia of the Nigerian Armed Forces.

The original reason for Arabic was that Frederick Lugard (who was the first Commander of the West African Frontier Force (1897 – 99) and later the first High Commissioner  of Northern Nigeria (1899 – 1906); and later the Governor of the protectorates of Northern and Southern Nigeria (1912 – 1914); and finally the first Governor General of post-amalgamation Nigeria (1914 – 1919 ); identified Arabic the only written “indigenous” language anywhere in Nigeria/West Africa, particularly among the widely spread Hausa trader class across the region. (See Lugard report to Parliament, 1919)    Arabic inscriptions were, therefore, used as symbols, not only for currency but even on official West African Frontier Force badges etc… which persist until today in Nigerian Army badges etc…

In the mind of the British colonial administrators in Nigeria – whose administrative experience was heavily influenced by their military service in Northern Nigeria and other parts of the sahel belt of West Africa – rightly or wrongly, Arabic writing was to West Africa as Latin was to Europe. In addition to English, therefore, they used Arabic to domesticate British instruments meant for local use.  The fact that such symbols still exist is one of many scars of the era of colonial rule.  However, not all former British West African colonies still use Arabic translations on their currencies as a footnote to history. Nigeria and Gambia do.  Ghana and Sierra Leone do not.

THE COLOUR RED: This colour depicts the enemy forces, their installations and their activities. Colours used in the Nigerian Armed Forces often follow the NATO military colour code and can stand for the same thing even when used in different places. The Nigerian Army uses a flag that has three vertical stripes (red, black and red), all of the same width. The flag is flown at the Nigerian Army headquarters. 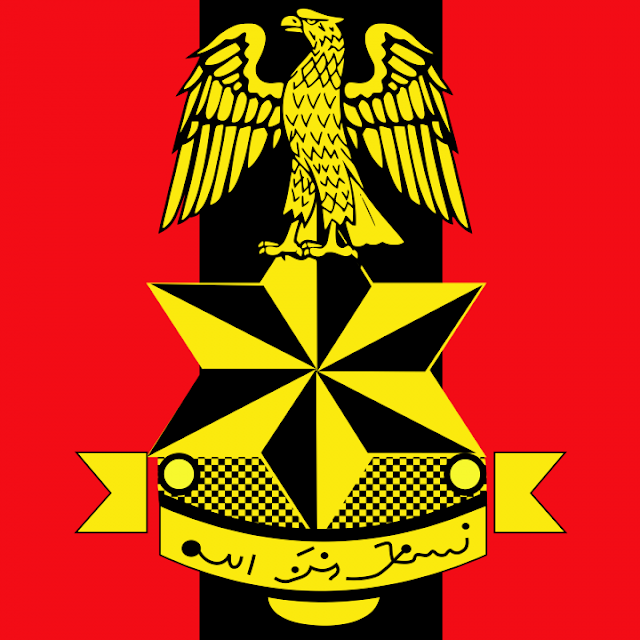