Former President, Olusegun Obasanjo has slammed those agitating for Biafra.

Obasajo said those clamouring for the disintegration of the nation were only waiting for ship at the airport. The ex-soldier in an interview with a Liberian-based news portal, AfricanArgument, said the agitators don’t event know what the struggle was all about.

“The protesters don’t even know what the struggle is all about, but if it gives them false hope, why not hang onto it? Let the elders handle it or ignore it until it loses momentum.

“There are elders in any community who are still respected…After all, they’re their fathers and mothers, grandfathers and grandmothers, and can still be used effectively,” he said.

“Buhari has made some announcements. He has tried to keep on going in the area of agribusiness, but not enough,” he says, slowly and cautiously. “It is not yet enough to prepare the ground for uninhibited growth of the economy, which we need”.

“Not enough” seems a sparse and generous reading of an administration that has presided over Nigeria’s first recession in 25 years, rising youth unemployment, and endless policy deadlocks. But even when pushed on specifics, Obasanjo picks his words carefully as he repeats familiar combinations of faint praise and sympathetic criticism of the man he backed for office.

He added, “In fact, state governors are more powerful than the president. That’s the truth.”

“If anybody tells you they want devolution or true federalism, he doesn’t know what he is talking about.

He advised that if “youth empowerment, skill acquisition and youth employment – education are provided the ticking bomb of possible youth explosion out of restiveness and anger will subside. In fact, state governors are more powerful than the president.” 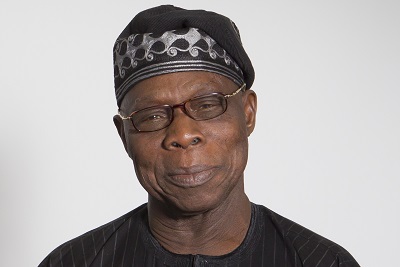