So everybody learned Asa‘s ‘big secret’ yesterday when Funmi Iyanda released a two year old interview of theirs: she was a virgin until she was 28 years old.

Not very surprising: Asa is the most well-known musicians to come out of Nigeria yet very little is known about her private life. It’s almost like once the mic goes off, she enters a monastery where she cooks up those soulful tunes of hers. One does not know which one is more surprising that Asa is having sex (gasp!) or that she was that age when she did it.

Asa has always used her music to tell personal stories – from Bibanke on her first album to Dreamer Girl on her second and Moving On on the third- but this juicy bit escaped everybody. And now that she’s revealed it, we can narrow down to the moment it happened.

Dial back to Be My Man on the Beautiful Imperfection album and listen closely. She said it clearly that she was ready to partake of the forbidden fruit. (Who even coined that phrase for a beautiful thing as sex?)

Check out the lyrics of the song as see if you didn’t miss it:

My mama used to tell me girl it ain’t that cool to see a man you love
And start to act the fool; tell me what’s a girl in love supposed to do
Tonight, I’m breaking mama’s rule…

Now the big question we want answers to is, who was this guy that Asa first had sex with…? 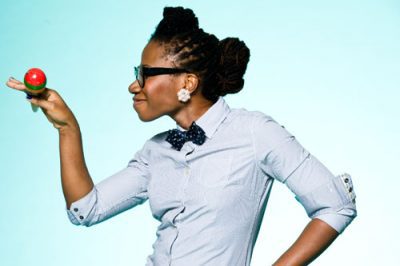