Congo Brazaville media is currently buzzing with a scandal that has hit the first family. The Congolese President’s daughter, Julienne Sassou Nguesso, is currently embroiled in a sextape scandal.

The 50-year-old daughter of the president who is married reportedly has a secret boyfriend. According to local media, the boyfriend requested for money around the sum of $50,000 but she refused,  he then resorted to blackmailing her by releasing videos of their sex escapade.

The Sextape was leaked by her secret boyfriend after allegedly demanding for $50, 000

The video is currently making waves and widley circulated on the internet expecially among African audience.

June this year, she was indicted in corruption charges in France over the purchase of a mansion valued at $ 3.4million in the swanky Paris Suburb of Neuilly Sur Seine.

Julienne Sassou Nguesso, 50, and her 53-year-old husband Guy Johnson were reportedly placed under investigation this year for “money laundering and misuse of public funds 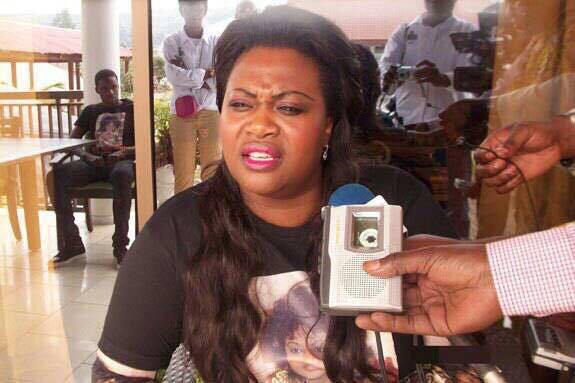