A 23-year-old Nigerian man, identified simply as Femi who was among the 42 homosexuals arrested in a Lagos hotel in July has revealed that he became he became gay after his Father’s friend defiled him.

According to him, they were celebrating a birthday with friends which ended when they were arrested as they were charged with engaging in “gay activities”. Femi spent a month and two days in jail.

According to ABC Australia, since his arrest, Femi has been kicked out of home and now shuttles between “friends’ lounges and lovers’ beds.” 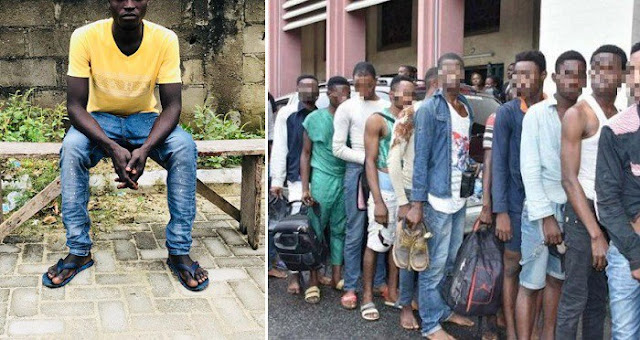