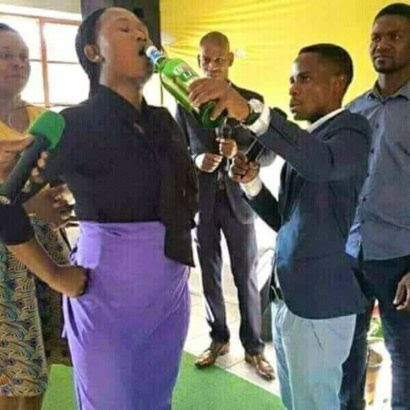 In a viral photo shared on Facebook, it has been alleged that the Pastor seen conducting the deliverance reportedly gives his members beer just before his religious ritual.

The Facebook user who shared the picture, claimed the pastor prayed over the bottle of beer for “anointing” before giving it to his members during deliverance. 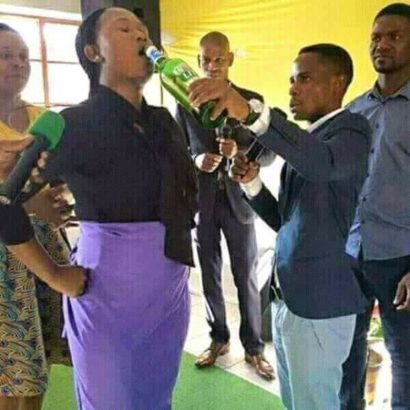