Many of these football stars drive exotic cars and live in big mansions thanks to what they earn at their clubs.

Some of these football stars around the world are married as they go to the stadium with their kids and wives, while many are still single but dating stunningly beautiful girlfriends.

There are some football stars who are dating women who are older than their age, and we shall take a look at five of these players.

Famous music star Shakira is ten years older than Barcelona star Gerard Pique who was born on February 2, 1987 and according to reports, Shakira fell in love with Pique because of his beard and lips.

Spanish and Chelsea midfielder Cesc Fabregas is a 30-year-old football star who is currently dating Lebanese woman Daniella Semaan who is 11 years older than him.

Jude Cisse is a successful businesswoman who was the wife of former Liverpool star Djibril Cisse and she is currently dating 28-year-old Manchester United star Henrikh Mkhitaryan who she is five years older than. 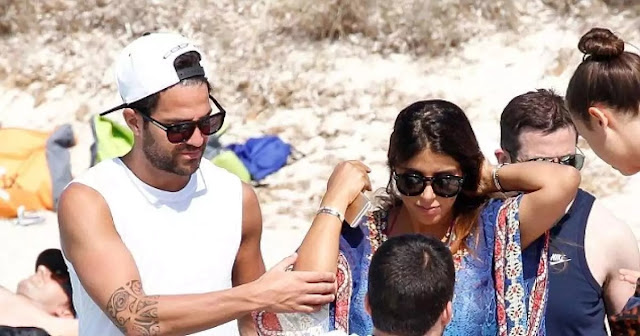