The high fertility rate is driving rapid population growth in Africa. Under the United Nations’ “medium scenario”, Africa’s population will be four times bigger than it currently is by the end of the century.

Fertility has actually been declining in African countries over recent decades. Forty years ago, women had 6.5 children on average. But the transition is slower than in Asia and Latin America 30 to 40 years ago. Northern Africa and Southern Africa are exceptions: fertility has fallen rapidly and is now relatively low.

Why is fertility not declining more rapidly?

Africa’s economy is growing but has not yet reached the level attained by Asian and Latin American countries when their fertility began to decline.

Declining fertility is seen as a consequence of economic development. Women’s education is a key factor in this process. Women who have been to school have fewer children than those who have not. Several decades ago, Asian and Latin American countries invested heavily in education for all.

Education is improving in many African countries, for women especially, but – apart from northern and southern Africa – it’s still below the levelsreached by Asian and Latin American countries when the fertility decline began in these regions.

In Africa, children are often raised by adults other than their parents, such as grandparents, uncles and aunts, who cover the costs of feeding and clothing them and sending them to school. If having another child entails no extra cost because he or she will be cared for by someone else, then there is less incentive to limit family size.

Little support of family planning among the elite

Fertility’s slow decline in African countries is not linked to a rejection of family planning.

Educated and urban populations use it. Most rural families would prefer to have fewer children too, and to space them further apart. They are willing to use contraception, but the necessary services are not available to them.

National birth control programmes exist but are ineffective because they lack resources and, above all, because their organisers and the personnel responsible for implementing them are unenthusiastic and not very motivated.

Rwanda, Ethiopia and Malawi are rare exceptions. In these countries, authorities strongly encourage small families. Rwanda has one of Africa’s fastest rates of fertility decline, falling more than 20% in a decade (from 5.4 children per woman in the early 2000s to 4.2 in the early 2010s).

But in most of the other countries, the authorities are not convinced of the advantages of birth control for their country, even at the highest level of government. This is not the official line communicated to international organisations, though. Again, in Asia and Latin America in the 1960s and 1970s politicians, artists, religious authorities and opinion leaders all worked to promote the small family.

To persuade African governments that birth control is important, international organisations use the argument of the “demographic dividend”.

The question of the ‘demographic dividend’

Over time, the relative size of different age groups in a population may change, which can create economic benefits and disadvantages. But Africa’s pattern may prevent the continent from realising some of these benefits.

When fertility falls rapidly in a country, the proportion of children decreases sharply while the share of older adults initially remains quite low (see figure below for China).

As a consequence, the share of the working-age population increases considerably. It gives the country a chance to develop its economy and benefit from the “demographic dividend”. But this favourable situation is only temporary. Several decades later, the elderly group is much bigger.

Some Asian countries, including China, have exploited this opportunity. It is estimated that the demographic dividend accounts for between 10% and 30% of their economic growth.

Countries in Latin America, on the other hand, have generally not benefited because they did not create enough jobs to employ the additional numbers of working-age people.

But while Asia and Latin America have moved towards smaller families, it was not in anticipation of a demographic dividend – the concept had yet to be invented. Governments deployed birth control policies to limit population growth that was considered too rapid for successful development.

Africa does not satisfy the conditions to have a demographic dividend. Fertility is falling too slowly, and even if it did start to drop rapidly, the prospects for job creation are modest and would probably be too limitedto absorb the additional available labour. In the unlikely event of a future demographic dividend, it will not occur before several decades at least.

There is no reason why Africans should not adopt the small family norm over the long term as others have done before them. But the path to achieving this could be different in Africa, with consequences for its future population.

Depending on whether the economy, women’s education, and birth control policies continue to develop and at which rate, fertility will decline more or less rapidly and in 2100 Africa will have three to six times as many people as today.

Gilles Pison is a Professor at the Sorbonne University,Paris 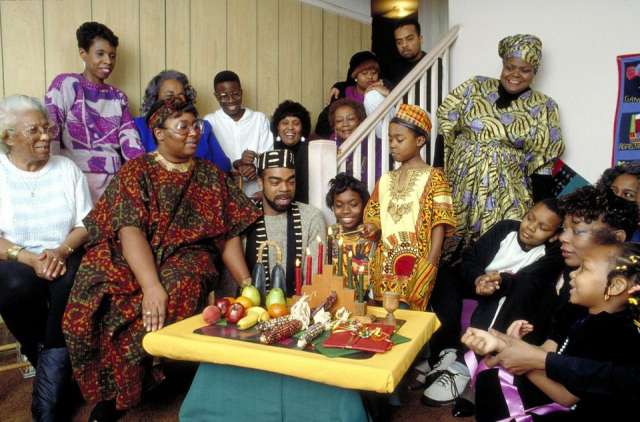