What is the full meaning of SIM card? The SIM stands for ‘subscriber identification module’. It is an integrated circuit specially created for storing the international mobile subscriber identity – IMSI, and is used to identify the holder of a mobile device. SIM cards are used on various devices like mobile/satellite phones, cameras, computers, etc.

The SIM card cannot work without a universal integrated circuit card or just UICC. The first UICC physical smart cards were the size of a bank card; they have changed and become way smaller over time. Presently, every SIM card contains the following information on it:

The design of the SIM card has also been changed since its creation. There are currently three different operating voltages of SIM card:

Majority of SIM cards had an operating voltage of 5V as at 1998 but as at today, the modern cards can support any voltage. All SIM cards allow applications to load even if a subscriber is using the SIM; this is made possible with the SIM application toolkit which is initially specified by 3GPP. The toolkit application helps the SIM to hold its specialization. The SIM toolkit application was written in a native code using the proprietary APIs.

SIM cards have been made smaller over the years. The full-sized formats could be either mini or nano.

The first full-size SIM was in size of a standard credit card. It was a big challenge for the first mobile users to maintain this SIM card. Eventually, it was changed to much smaller SIM cards.

The Mini SIM was supplied with a full-size card carrier. This trick was made enable the use of Mini SIMs in devices made to work with full SIM cards.

The next generation of SIM cards had the same thickness as the previous one, but it was reduced in length and width. It is now the most used SIM card all over the world. It was first introduced by the European Telecommunications Standards Institute. The size of the card was chosen to fit the devices that can`t work with any other card. The micro-SIM was also designed for the backward compatibility which was a major issue with Mini SIM.

This type of SIM card was introduced in October 2012, after which various mobile telecommunication companies started to make devices compatible with it. The Nano SIM are really small. The first mobile phone that could use a Nano SIM card was the iPhone 5.

It is possible to use several SIM cards with one device. Developing countries are the biggest markets for the multiple SIM cards devices. Nevertheless, the competition is the source of progress!

As it was mentioned earlier, every SIM card is identified by the International Mobile Subscriber Identity or IMSI. Mobile operators use this information to communicate with each other. It is a very simple code that is used internationally! The format of every mobile phone number consists of these characteristics:

The mobile country code always makes up the first three digits of every mobile number;

The following two digits represent Mobile Network Code; however, it can also be a three-digit code in the USA and Canada.

The resulting digits are the mobile subscriber identification number or MSIN. It is usually a 10 digits number, but some countries allow up to 15 digits.

Most SIM cards store SMS data and phone book contacts. It usually stores the numbers in simple pairs – name and number. The SIM cards can usually store up to 250 numbers and it is not possible to store several numbers for one contact in a SIM, usually it breaks them into several contacts with the same name.

Every SIM card gathers and stores network specific information to identify a subscriber. The most important information gathered are:

SIM cards come in various data capacities. The minimum data storage for a SIM card is 8 KB while the maximum can be up to 256 KB, which is more than enough room for 250 contacts.

A SIM card is a universal device that can help you stay connected to the world. In a lot of countries, people use phones with multiple SIM cards. This situation is dictated by the realities of the market, where mobile service providers try to compete with each other! This competition in the market provides new opportunities for subscribers. Moreover, it helps to open new varieties of progress for the markets in the developing countries. 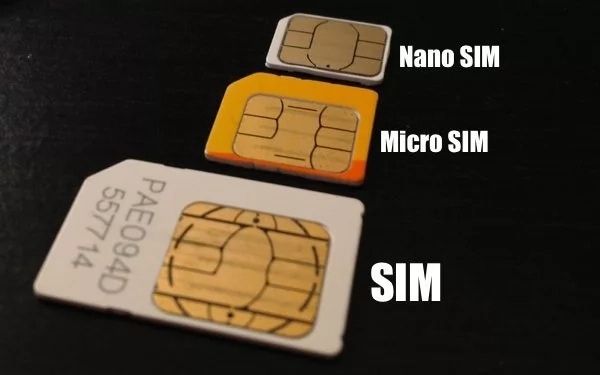