Your Afro Pop and Hip-Hop Musicians aren’t the only wealthy ones, Fuji Stars are no pushovers; they can strongly hold their own.

Churning out music that gets their audience, who are mostly Yorubas, dancing till they about to drop, Fuji Musicians have been able to transform their music into revenue generators. They earn good living from doing the one thing that makes them very happy.

Let’s take a look at the top 5 richest Fuji Musicians in Nigeria.

Age and time come with some benefits. Having spent so many years doing Fuji music, Waisu Ayinde Anifowose has gathered a lot of wealth for himself. Despite being on the Fuji scene for that long, he is still very much relevant as he entertains his fans with great music and performances.

K1 De Ultimate has about fifty albums (including non-studio ones). He is the go-to performer for most elite Yoruba functions, and charges very well for performing. A great influence in the West and a role model to many young people, he has an estimated net worth of over N750 million.

Pasuma Wonder is indeed a wonder in Fuji music. With good following, his is known as the Front-liner of new generation Fuji music. He adds a modern touch to his style of music, making it more appealing to a wider audience. Non Yorubas dance to his music without the problem of language barrier. The Founder of “Wasber Records,” Pasuma is very much involved in the business of music, and has a net worth of over N555 million.

Abass Obesere needs no introduction in the Fuji music industry. With a good number of years in his records, he has vast experience and a high fan base. A bit controversial, Obesere started performing Fuji in the early 1990s and has managed to be relevant till date. He performs at elite events and is well paid. He has an estimated net worth of N500 million.

Saidi Osupa was born to do Fuji music. Despite his experience in Engineering, he found his way to Fuji music in pursuit of his passion. With a drive to be the best in his field, Obesere has been involved in a couple of scandals over being referred to as “The King of Fuji,” a title that didn’t go down well with his rivals. He has an estimated net worth of N450 million.

Adewale Ayuba brings a lot to the table as far as Fuji music in Nigeria is concerned. With an infusion of great lyrics and good sound, he entertains his audience effortlessly. He was recently in the news for converting from Islam to Christianity. Fairly young himself, Ayuba adds a modern touch to Fuji music for a wider appeal. His net worth is said to be around N400 Million.

Fuji is growing wider by the day and more people are falling in love with the indigenous genre of music. These Musicians are playing their parts in spreading the Fuji gospel, and are making some good money for themselves in the process. 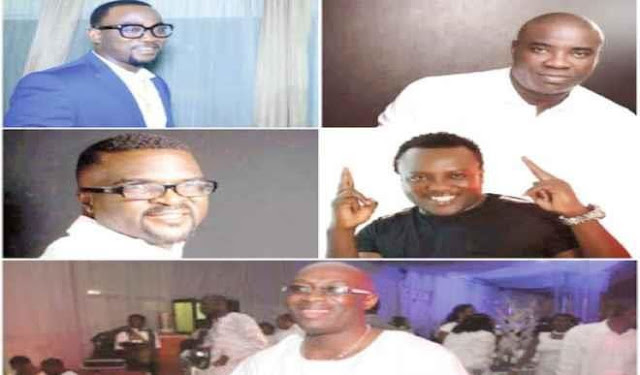