Top Ten Coaches In The World

Football has been transformed from simply an exciting sports game to a means of making big money. The best football players and the most talented coaches of successful Premier League teams earn millions of US dollars. Most football stars of the highest tier, such as Lionel Messi and Cristiano Ronaldo, are known all over the world. However, in the case of their coaches, details of their careers and how much they earn are not known by too many people.

Who is the highest paid coach in the world?

Here is the ranking of the highest paid coaches in the world according to information gathered from reliable Internet resources. The Salary of football managers in pounds sterling for the season 2016 – 2017 are:

As you can see, the highest paid coach in the world is Pep Guardiola. It should be noted that 15 million pounds sterling is not the highest pay ever received by Guardiola. For example, according to the prestigious Forbes publication for 2014, Pep earned $ 24 million a year while working with Bayern Munich. At the same time, his colleague and closest rival by rating Jose Mourinho, who trained Chelsea at that time, got “just” 17 million dollars. These are fabulous sums! So why is Pep Guardiola so successful and why is he paid so much money?

The highest paid football coach in the world

Josep (Pep) Maria Guardiola y Sala is a Spaniard. He was born on January 18, 1971.Pep began his football career in 1983 playing for the youth composition of Barcelona. From 1990 to 2006, he played the position of a defensive midfielder.

Guardiola also played for the national team of Spain. His career as a professional football player was very successful. He helped all the teams he played for win many prestigious football awards. He also won the prestigious Cup Winners' Cup and UEFA Super Cup.

After the completion of his football playing career, Guardiola changed occupation to coaching. In 2007, he began his coaching career with Barcelona B; he later went on to coach the Bayern Munich team, and he currently heads the popular English club, Manchester City. During the period Guardiola coached the main team of Barcelona, they won the Champions League, the UEFA Super Cup and the Club World Cup.

Naturally, such successes did not go unnoticed by the owners and managers of the best football clubs in the world, and the fees of Senor Guardiola grew with his achievements.

The best coach in the world

So, what is the secret of this great coach’s success? He doesn’t follow the simple path and often takes difficult, controversial decisions regarding the composition of the team players he trains; these decisions have however turned out to be the right ones in most cases.

Josep Guardiola is the highest paid coach in the world

As for tactics, the style of Guardiola is based on the total control of the ball. His "tiki-taka" is a role model. Besides, we should not underestimate the strength of his luck. The ability of Pep to be in the right place and competently dispose of the impressive staffing and financial resources available to him is worth complementing.

Pep Guardiola is an excellent coach and a "designer" who skillfully decorates “football houses” that have already been built. His talents help his club achieve excellent results as well as earn big money for the Spaniard himself. 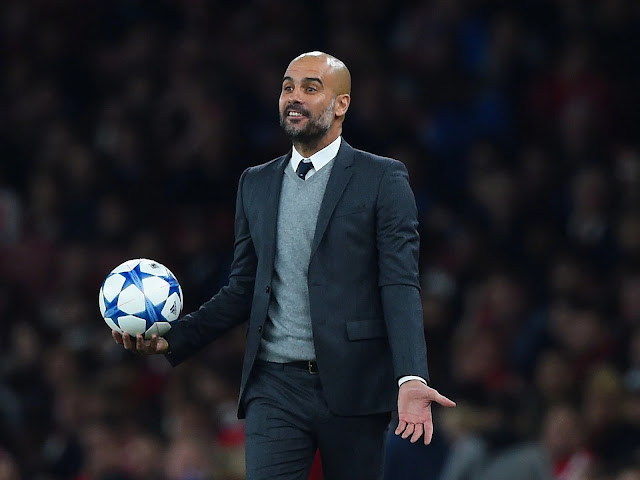