These marriages kicked off with a very rosy and beautiful picture, just before they all came crashing.

We take a look at actresses whose marriages crashed. There are a lot to pick from but we chose the top ten. Here you go!

Tonto Dikeh got married to a businessman, Churchill Oladunni in August 2015. The early stage of their marriage was filled with so much love and romance as the couple couldn't take their hands off each other whenever they came out in public or posted pictures on social media.

However, it didn't take long before the marriage crashed. It started with allegations from both quarters about domestic violence. It got so bad that Tonto Dikeh had her bride price returned to the family of Churchill Oladunni.

Ini Edo surprised everyone when she decided to get married. The beautiful actress tied the knot with America based businessman, Philip Ehigwina in November 2008.

Philip Ehigwina allegedly spearheaded the end of the union because of Ini Edo's inability to bear a child for him. Just like the case of Tonto Dikeh, the family of Philip Ehigwina also requested for the bride price they paid on Ini Edo.

Just when Caroline Danjuma was beginning to get to the peak of her career, she called it quits and got married to a billionaire, Musa Danjuma in 2007. After staying away from the limelight for a while, she began to slowly walk her way back to the cameras with a few appearances.

In what seemed like a marriage blessed with all the material wealth, things began to get shaky as pictures started to surface of her husband in a romantic dinner with an unidentified lady. By 2016, Caroline Danjuma called it quits with the marriage which produced children.

Fathia Balogun and Saheed Balogun's marriage was probably one of the most admired celebrity marriages back in the days. This, however, didn't last, because by 2006 the marriage had already hit the rocks because of allegations of infidelity.

Even with the collapse of the union, Fathia Balogun still uses her husband's name till date. Recent report claims they are now on talking terms.

When Mercy Aigbe decided to get married to hotelier, Lanre Gentry, it looked like a match made in heaven. These guys finally got married in December 2013. They showed to the public that everything about marriage was rosy. Well like every other failed celebrity marriage, the hints of cracks in the union started showing.

The major crack was when Mercy Aigbe posted pictures of her battered face on her Instagram page, making claims that her husband was responsible. The story broke the Internet, then came accusations upon accusations from both parties, which abruptly ended the union. It is unclear if the couple has made the divorce official or are planning to get back together.

Damilola Adegbite and Chris Attoh's relationship caught everyone by surprise when they decided to get married by February 2015, they were seen as the original ideal celebrity couple. They flooded the Internet with lovely pictures of their marriage and in no time the union was blessed with a child.

Shockingly, Damilola was first to hint off the rumors of separation when she removed all Chris Attoh's pictures and name from her Instagram page and name. There we knew there was trouble in paradise. Chris Attoh finally dropped the bombshell about their divorce not too long ago.

The union between Toyin Aimakhu and Adeniyi Johnson was seen as another celebrity marriage that would test the hands of time. They looked young, happy and ready to make things work. They didn't waste time as they walked down the aisle on July 8, 2013.

This marriage, however, didn't last, because, by 2015, they had separated over allegations of infidelity. Their separation was so messy that it became the major headline for all bloggers for a long time.

The beautiful actress got married to the Movie director, Daniel Ademinokan no one expected that marriage to come to end. By 2010 the couple had separated.

The twist to this particular story is the fact that just immediately after the marriage crashed, Daniel Ademinokan got hitched with the beautiful actress, Stella Damascus. The two eventually relocated to the United States with Doris Simeon's son.

The marriage between Kate Henshaw and Roderick James Nuttal looks like the longest in this list because they were together for twelve years.

Another unique thing about these guys was the fact that their separation wasn't messy as they allegedly parted ways because of their very busy schedule. The marriage was blessed with a daughter.

When beautiful actress got married to Segun Dejo-Richards, nobody suspected that the couple would ever get to the point where it would result in a divorce. Well, it did! By 2009 the couple was separated. Monalisa Chinda had claimed that she opted out of the marriage because of domestic violence.

Unlike the other ladies on this list, Monalisa Chinda got married again for the second time in 2016 in a well-attended wedding ceremony to Tonye David. 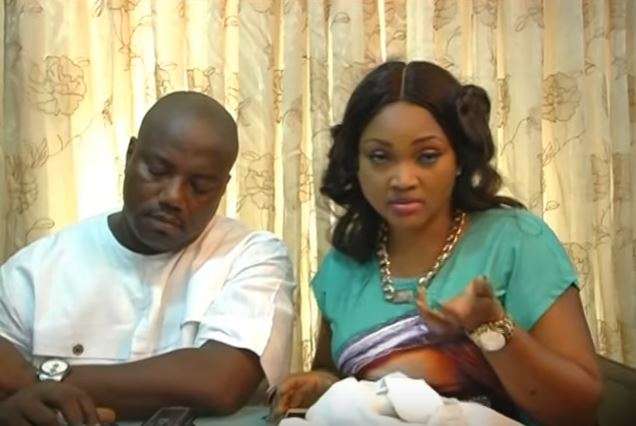