Menu
Home » Entertainment » Do You know That Emeka Ike Is Chika Ike's Brother???

Do You know That Emeka Ike Is Chika Ike's Brother???

The fact that Chika Ike and Emeka Ike share a common surname often gets a lot of people wondering and even believing that they are related.

But are they really brother and sister or is it just a coincidence? Read this article by Naija to find out the truth.

His family is from Imo state, although he was born and raised in Lagos.

His father served as a pastor until the last day of his life.

This actor often gets macho roles in Nigerian films, so he is very fond of women. He is also considered a “Bad Boy” because of the images he portrays in movies; his characters often abuse women and act rudely.

Emeka Ike is however quite decent in real life. He obtained a degree in mechanical engineering from the University of Lagos.

He has a very active personality and is not used to staying idle for too long.

His first major role was played in 1987, in a movie called “Deadly Affair”.

At the moment he does not remember the exact number of movies he has taken part in, but he is very sure the figure is higher than 60.

Despite the rather bold scenic image, Emeka Ike got married in the year 2000. He has 3 children – 2 sons and a daughter.

Emeka Ike became famous long before Chika’s talents made it to the spotlight.

This lady was born in 1985 to a large family in Anambra state.

Life later brought her to Lagos where she was raised.

She was raised by very religious parents and a nanny called Rebecca.

Now she is not only a successful actress, but also a UN Ambassador and Chief Executive Officer of Fancy Nancy Collections. She has been nominated twice by the AMAA.

Chika began to develop her talent at the age of five, taking part in church plays.

She was educated in the field of health and kinetics in Lagos.

The acting career of this charming lady began in 2005 when she got a role in the movie “Sweet love”. Her first leading role was in “Bless the Child”.

In 2006, she was named the best ascending actress by the AMAA and in 2008, she was nominated as the best actress of the year.

At the moment, the number of films in which she has acted far exceeds 100.

She contributed to the formation of the “Help A Child” foundation. The actress uses her fame as an instrument to change the society for the better.

Chika has many distinctive nominations and awards from youth organizations and titles that prove her high acting skills.

There is no kinship between these two people. They were born in different regions and the fact that they share a common surname is nothing more than a coincidence.

Let us wish each of them great career success and happiness! They are the real pride of Nollywood. 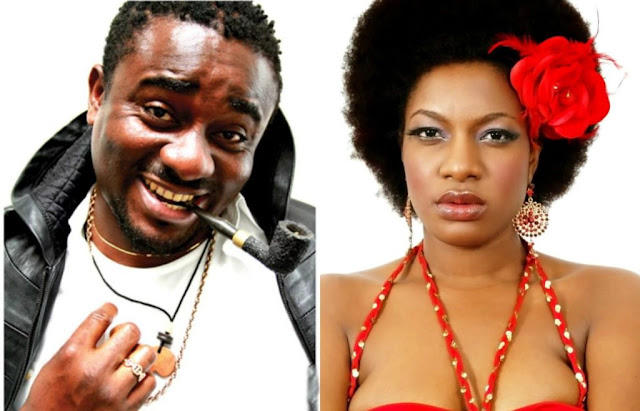