Mike Sonko rose to national political prominence when he was elected as the Member of Parliament for Makadara Constituency, Kenya at the age of 35.

His political image was further bolstered by his trouncing of such political heavyweights as Dick Wathika and Reuben Ndolo to clinch the seat. The September 20, 2010 by-election was occasioned by a successful petition by Reuben Ndolo.

After the inauguration of the new constitution of Kenya in 2010 and the creation of the county governments, Sonko announced his intention to run for Senator in Nairobi County. He became the First Senator of Nairobi after it was announced that, with 808,705 votes, he beat his closest competitor, Margaret Wanjiru of the Orange Democratic Movement, who had garnered 525,822 votes, in the Nairobi senatorial election of 2013.[citation needed] Unlike his time in parliament, where he gained notoriety for flaunting House Rules, including incidences of inappropriate dressing. 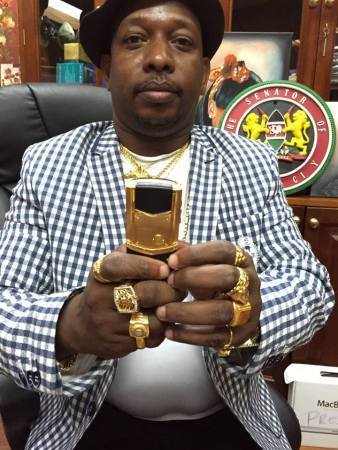