Soccer academies are driving the growth of football in the continent.

In Global football, especially the age-grade soccer tournaments, African countries have shown to have a great stock of young footballers. This can be credited to various soccer academies breeding these great players in the continent.

There are many soccer training centres in cities with major stadia in Africa. In the last two decades, there have been a noticeable progress in the number of new talents emerging from the region.

Although, most of these players may be playing for a country, other than their countries of birth.

All these achievements are mainly due to the work of these schools. Here is a list of top five soccer training centres in the region.

Some youth under-going training at the academy.

The products of the Pepsi Football Academy have been dominating the Nigerian national football team since early 2000. The football academy is based in Agege Township Stadium in Lagos.

The academy idea was launched by Coach Kashimawo Laloko, and the Pepsi company officially adopted the concept in 1994. Since then it has come to be known as the Pepsi Football Academy.

Some of the great football stars produced by the outfit include John Mikel Obi – current captain of the Super Eagles, Osaze Odemwingie, Joseph Akpala and many others who have shined in both local and European clubs.

Kadji Sports Academy has also trained many successful professional footballers in Africa, and across the world. The academy is a sports training and fitness centre based in the western suburbs of Douala.

It was founded by Joseph Kadji Defosso.

Kadji has produced many quality players some of which include include Samuel Eto’o, Stéphane Mbia, Benjamin Moukandjo, Aurélien Chedjou, and Idriss Carlos Kameni.

The academy also has a partnership with some European clubs such as Atletico de Madrid, FC Sevilla, OGC Nice and more.

Mimos Sifcom Academy was established by the duo of Roger Ouégnin and Jean-Marc Guillou in 1993, as the training centre of Asec Mimosas.

Just like Pepsi and Kadji academies, Mimos has also produced many soccer stars for the Elephants of Ivory Coast - the Ivorian national football team.

Mimos is one of the most popular football training centres in Africa and has produced a number of successful players such as Didier Zokora, Emmanuel Eboué, Gervinho, Salomon Kalou, Didier Ya Konan, Kolo Toure and his brother and Manchester City legendary player, Yaya Toure.

Generation Foot Academy set up in 2000 and within short time of existence has become a skill development and professional training centre in Senegal.

Players of the academy have participated in a variety of international competitions within and outside the African continent. Sadio Mane and Diafra Sakho are also groomed at the sport centre.

The French Ligue 1 side, FC Metz is the main channel through which talents developed at the centre are exposed to international footbal. This is due to the partnership between the two parties since 2000.

The Ligi Ndogo Academy is the most famous football school in Kenya and was established in 2002. It is also set up as the main training school of the Ligi Ndogo Sports Club. 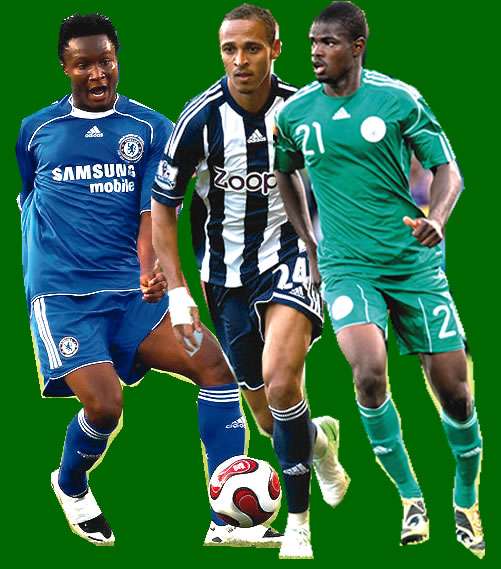