Four national teams managers in Friday’s draw in Moscow, Roberto Martinez of Belgium, Hector Cuper of Egypt, Oscar Ramirez of Costa Rica and Mexico's Juan Carlos Osorio have all shared their views ahead of the World Cup Final Draw.

The FIFA World Cup Final Draw has thrown up more than its fair share of memorable matches, unforgettable groups and jaw-dropping results over the years. In the build-up to the event, expectant fans from across the world check to see who their teams might face and make a note of which sides to avoid.

FIFA.com in an interview with four coaches of the national teams in Friday’s Final Draw at the State Kremlin Palace asked them what they are hoping for from the event.

Cuper , a former coach of Valencia and Internazionale took charge of Egypt in March 2015 and led the Pharaohs to the 2017 CAF Africa Cup of Nations final. The Argentinian then guided the North Africans to their first World Cup appearance since 1990, as they topped African zone Group E.

"Russia 2018 will be the Egypt coach’s first World Cup. Cuper

is no stranger to the big occasion, however, having coached in the UEFA Champions League, the UEFA Europa League and in Spain, England and Italy, among other leagues. As you might expect, the Argentinian has his own unique perspective on what might happen on Friday.

“I’m going to be polite and say that I’ll be happy with whatever we get,” he said. “I say that because in the past I’ve always thought, ‘I want this team. I want that team.’ And what happened was that we ended up beating the seemingly strong teams and losing to the weakest. Anything can happen, to be honest. Nobody wins a game before it's been played.”

"Contemplating the prospect of facing Argentina, the country of his birth, Cuper

said: “A big challenge, for sure. But there’s no doubt in my mind that if we do play them, we’ll win. And I guess they’ll tell you the same thing. That said, it’d be better if we avoided them, to be perfectly honest.”

Having previously worked as an assistant coach for Los Ticos, first in 2006 and then in 2015, Ramirez succeeded Paulo Wanchope to take the main role in August 2015. The former midfielder featured in four matches for his country at Italy 1990 and his previous coaching experience is exclusively in his homeland at club level.

Ramirez in an interview before the draws said: "Costa Rica were drawn with three former world champions in Italy, Uruguay and England at Brazil 2014. Mission impossible? Anything but for the fearless Ticos, who gave as good as they got against their illustrious rivals, so much so that they ended up topping the section with two wins and a draw.

"With that performance still fresh in the memory, coach Oscar Ramirez is undaunted at the prospect of facing high-quality opposition in Russia."

The former Everton and Swansea coach was a somewhat surprising candidate to replace Marc Wilmots in 2016, having coached solely at club level in England, but the Spaniard guided an unbeaten Belgium side to the finals. Russia 2018 will represent Martinez’s first appearance at a FIFA tournament as a player or coach.

Speaking ahead of the draw in Moscow, the Spaniard said: "More attentive than most to the little details, the Belgium coach brings an alternative view to the debate, attaching the most importance

not to the teams his side will face but to another factor he sees as crucial.

“Our priority was to be one of the seeds,” he explained. “Having achieved that goal, we’ve turned our attention to logistics. I want us to have short journeys to the host cities, because if we have to fly for more than three hours then it’s going to affect our preparations. That concerns me more than the teams we might meet.”

Osorio spent spells with several clubs and enjoyed great success with Atletico Nacional in particular before being appointed Mexico coach in 2015. The Colombian guided his team through an impressive qualifying campaign, with El Tri topping CONCACAF’s standings and securing a ticket to Russia 2018 with three games to spare.

"If there is one coach who likes to analyse what the opposition does on the pitch and then explain it to his players and the fans, then it is Mexico supremo Juan Carlos Osorio. Little wonder, then, that his desired Final Draw outcome has more to do with the styles of play of El Tri’s potential rivals than their actual names.

“It’s out of our hands and we have to make plans for whoever we get drawn against,” he commented. “One thing I can say, though, is that there are certain styles that we adapt to better. We’d like to come up against sides that play a possession-based game and build from the back. I’m sure we’ll get at least one team like that. Then there are the more physical and direct teams. We’ll have to adapt to them too.” 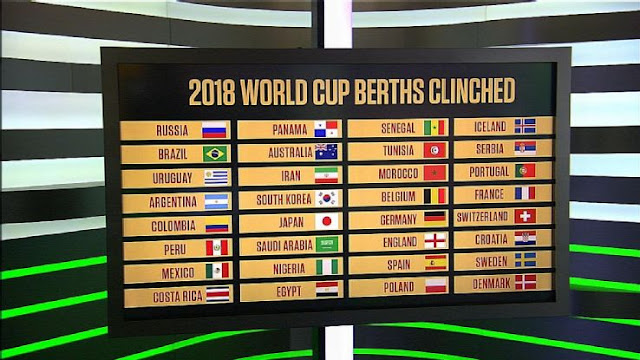