How To Last Longer In Bed This Christmas [ Must Read

It’s common to equate sexual prowess with sexual stamina — although, amazing-and-short sex is almost always preferable to awful-but-long banging. Most people might not want to admit that they couldn’t make it past the five minute mark, but research shows almost half of men orgasm in two minutes or less. A 2017 survey by British sex toy retailer Lovehoney found that the average sex session is a manageable 10 minutes (19 if you include foreplay). The good news is that according to research published in the Journal of Sexual Medicine, 10 minutes is right in line with how long people want sex to last. According to the study, seven to 13 minutes is a "desirable" length of time to be going at it in the bedroom. But if your sex life feels like a hundred meter dash and you need a 400 meter relay to get off, here are some things you can do to improve your mileage.

2. Take advantage of men’s refractory period. Who says sex needs to be limited to just one session? This one won’t work for everyone, but marriage therapist Lisa Thomas recommends starting things up again a few minutes after he ejaculates. “Many men experience less sensitivity during the second erection,” Thomas explains. As long as you don’t mind waiting the few minutes (or switching back to foreplay), and he can get it up relatively quickly, you should have better results in round two.

3. Try something new and out of the ordinary in bed. When you've been with the same partner for a while, your routine sex positions can make his body anticipate coming, and thus come a lot sooner. New positions and sensations will distract him and make him last longer. "The more awkward and unfamiliar, the better," says Greer.

4. Try edging. When he's about to orgasm, have him stop and wait about a minute or so before going back at it. Everyone has an orgasmic point of no return, an "ejaculatory inevitability" as sex researcher Dr. Ian Kerner puts it. Edging trains his body to delay that point so he can spend more time on the edge (and more time pleasing you).

5. Squeeze the base of his penis. This is an old one that comes courtesy of sex researchers Masters and Johnson. You can do this with your hand or using a cock ring. It quite literally stops him from ejaculating. Think of it like bending a hose in half to stop the flow of water, but definitely do not bend his penis in half under any circumstances. Just give it a firm grip.

6. Have him do kegels, yoga, and pilates. All of these exercises strengthen the pelvic floor muscles, which help him control orgasm spasms. (And yeah, dudes can do kegels too).

7. Try perpendicular sex positions. This is technically an outercourse position, but it's a way to avoid the most sensitive areas of the penis (specifically, the underside of the head, where a lot of the nerves are located). "Don't actually enter her, but let her glide back and forth along the top of the shaft," says Kerner. Spoon or face each other on your sides, and it can still be enjoyable without making him rush to orgasm.

8. Medicate. In some situations, your partner may want to consider seeing a doctor. A variety of prescriptions are available if premature ejaculation is a serious issue that's negatively affecting your relationship. And while there are over-the-counter supplements that tout their ability to improve a guy’s stamina, your best bet is to go through someone that knows what they’re talking about. Guys can check in with a urologist to see what the issue is and what steps can be taken. And as a general idea, it’s best to avoid supplements you can buy at a gas station.

9. Grab thicker condoms. You should always practice safe sex, so just switch up your condom purchases and instead get your partner something a little thicker (and if for whatever reason you aren’t using condoms, using one will probably dull sensations for him as well as keep you both protected). Keep in mind that it’s still important to make sure you find something that fits right for him. And never double-up on condoms. Double-bagging can lead to issues, like say, losing two condoms in your vagina. And as sex expert Emily Morse explains to Men’s Health, condoms can slip-on and act as a “desensitizer.” 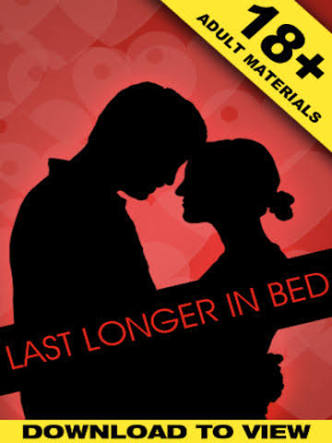