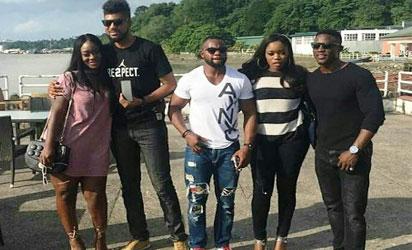 Speaking on Big Brother Nigeria’s return, the Regional Director, M-Net West Africa, Wangi Mba-Uzoukwu said: “Around the globe, the Big Brother format remains one of the most popular genres of entertainment and this is also the case in Nigeria. The edition of Big Brother Nigeria was one of the most successful reality shows not just in Nigeria, but around the continent with a record number of votes and many of the housemates going on to pursue careers in entertainment. We are delighted to have the show return for a third edition and cannot wait for our audiences to once again tune in to experience all of the exciting entertainment that the show is sure to provide.”

The Managing Director, MultiChoice Nigeria, Mr. John Ugbe said: “At MultiChoice we take pride in providing the best entertainment available to viewers not just in Nigeria, but across Africa. The last Big Brother Nigeria was a tremendous success and prompted multiple queries about the show’s return. We are delighted to announce that the show is indeed returning for a third edition, on a bigger scale than ever before. The number of audition locations has increased and we expect that the third edition will deliver even more excitement, intrigue and round the clock entertainment that the Big Brother platform is globally renowned for.”

However, the third edition, according to the producers,  promises to be even bigger as auditions are scheduled to hold in six locations across the country,  an increase from the three audition locations from last year. The six locations include, Lagos, Port Harcourt, Abuja,  Enugu, Delta State and Ibadan.