This year has been pretty dull for mainstream Nigerian music.

While the alternative scene is brimming with talent, the mainstream has been hit with a lethargy not seen in recent times.

Wizkid is foreign based. Davido is trying to play catch up. Tekno and Runtown who had great runs in 2016 have so far unimpressed with relatively lukewarm releases.

In the other half of the year, we have not had a whiff of a breaking act. And more importantly, the biggest record label in the land Mavin Records is missing in action.

The Don Jazzy led imprint made up of Queen Tiwa Savage and starlets Reekado Banks, Korede Bello and others has not dominated the dance floors and parties as it has done in recent years. And this, not a lack of trying.

Tiwa Savage who is the biggest act on the label inked a deal with Roc Nation last year. In April 2017, she released her first single of the year, "All Over". The song has gone around it has gotten a respectable level of awareness, the jury is still out if the song is indeed a bonafide hit.

Dr Sid, one of the Mo' Hits acts who transitioned into the Mavins has released two singles in 2017, "Greater things" and "We up". Both songs have failed to register any impact on the pop landscape.

The once King of Lamba D'Prince has been lost in today's scene with three releases (two of those tracks feature Don Jazzy and Wizkid) that didn't get any buzz.

The Mavin 2.0 acts haven't fared any better. Coming off an active 2016 that saw Reekado Banks and Korede Bello drop albums, the new gen pop acts have not gotten the expected momentum from a debut release.

Korede Bello dropped his album "Belloved" in March 2017 and after the initial buzz (short lived) it has been quiet on his end. Reekado Banks recently dropped two new singles- and that's that.

For acts who were once nominated for the Next Rated award at the Headies (which Reekado Banks ended up winning) both Mavin acts have been punching below their weight.

Ever since her hit single 'Aww', Di'Ja has been in the hunt for another hit track. She has dropped a slew of tracks and videos but none have caught necessary fire to push her career further.

The new generation of Mavins, DNA Twins, Poe and Johnny Drille can't be judged for now because they are in the artist development stage.

The interesting thing about these new signees is that it seems Don Jazzy is allowing them to grow organically instead of moulding into acts who are comfortable in dishing out fast food pop songs.

This was his approach with Mavin 2.0. Songs like "Dorobucci", "Adaobi", "Godwin" and "Oluwa Ni" were easy to digest pop numbers that catapulted the then newbies to fame. For the new guys, Don Jazzy seems to be taking the slow approach with them.

And there is Iyanya, the former Triple MG poster boy who jumped to Don Jazzy's house to salvage his pop credibility. In March 2017, he released an EP titled "Signature". To be honest the body of work did produce the sleeper-hit 'Hold On' but what Iyanya needs is not a technically good slow jam but a hot pop tune. He doesn't have it yet.

Since its creation in 2012, the Mavins have more or less dominated the charts. This year shows that the Mavin machine is human after all. The slump that has engulfed the industry has caught up with them.

Don Jazzy is coming up with a master plan  (Instagram/DonJazzy)

One of the reasons why this has happened is because the label is going through changes. Tiwa Savage is aiming for international prominence and that takes a while to achieve (ask Davido).

Korede Bello and Reekado Banks are still adjusting to their new status as former underdogs try to make it to the top tier. It's a journey that will take a while (just look at Runtown).

The newbies are still freshmen who are undergoing the process of becoming bankable artists. You can't take underground-streaming acts and turn them into big names overnight. The game is no longer like that.

2017 has been a cruel mistress to many Naija acts. Easy to digest pop tracks no longer cut it. The unsuccessful Mavin singles "Janta Manta" and "Take Kiss" released in 2015 and 2016 respectively were early indications that the game was changing.

Now the game has changed and people need to adapt. It's good to see that Poe, DNA Twins and Johnny Drille are being groomed organically. This is the future. If properly done right and this approach extended to Reekado Banks and Korede Bello, 2018 would be a hot year for The Mavins. 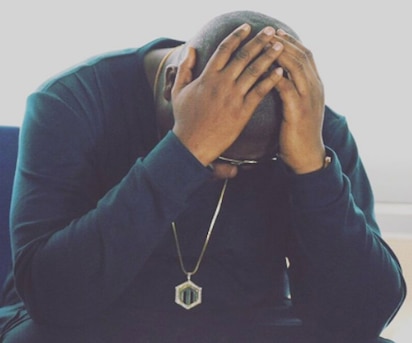