2017 saw a couple of celebrities excel in their career while some were involved in one scandal or the other.

Based on how they trended on social media and the buzz they got, we bring to you 5 of the biggest celebrity scandals of 2017.

Peter and Paul Okoye remain at a loggerheads for the time-being.  (Press)

The fight between the Peter and Paul Okoye was the biggest scandal of the year as it attracted massive attention from everyone. It all started as a message Paul Okoye had posted on his Instagram account which got his followers hinting about a possible friction in the house of the Okoyes.  It was followed by shades upon shades from both brothers and even the wife of Peter Okoye, Lola Omotayo was even reportedly called out as the brain behind their feud.

Then was the release of the viral video which broke the Internet, in it were the brothers calling each other names and almost resulting in attacking themselves physically. This scandal rocked social media for a long time speculating the end of the group Psquare. Both brothers have gone their separate ways and have started solo careers.

April 2017 marked the beginning of one of the biggest scandal that in the year. Mercy Aigbe had announced that she had left her husband's house over alleged claims of domestic violence. It didn't end there, she followed her statement by releasing photos of her brutally bruised face which held her estranged husband, Lanre Gentry responsible for.

Now the release of those photos caused a big commotion on social media and made her trend for weeks. This was followed by back and forth accusations from both parties over what really transpired. Even though there have been speculations about the couple getting back, they are yet to openly come out to debunk or accept that claim.

Tonto Dikeh is known to be a very controversial actress but this year she has been involved in one of the biggest scandals of all time. In August 2017 the beautiful actress announced her separation from estranged husband, Churchill Oladunni. Now that's where the scandal began as she began to reveal a lot that transpired while she was still married to him.

From videos to letters, Tonto Dikeh's divorce became a major headline. It got so messy that she had her bride price returned to the family of Churchill Oladunni. On his own part, Oladunni Churchill released video evidence of Tonto Dikeh destroying their home and fighting him.

Burna Boy is busy making music and not avoiding the police according to his rep.  (Native Mag )

Well, this is the scandal that rounded up the year 2017 as no one saw it coming that Burna Boy would get himself involved in a scandal. Back in October 2017, singer, Mr. 2Kay was robbed and beaten to a pulp at Eko Hotel and Suites after a show where he had performed.

After the attack, the police took over the investigation and they arrested four suspects who later confessed to committing the crime but called out Burna Boy as the sponsor. All hell went loose as the scandal shocked everyone.

Then it was found out that Burna Boy had threatened to deal with Mr. 2Kay after he had called him out for speaking rudely about pastors. The robbers confessed to having been paid N100,000 to carry out the attack, Burna Boy was declared wanted and is yet to report to the police to clear his name.

Another celebrity scandal that rocked the entertainment industry in 2017 was the arrest of the singer, Dammy Krane in the United States for credit card fraud and identity theft. When the news broke of his arrest it became a big story because everyone was talking about it.

When mug shots of him were released by the police it looked like the career of the music star was coming to a halt. However he was later released and he made it clear to everyone that he wasn’t guilty of any of the charges held against him rather, he wasn't aware that he had been booked on a flight with a stolen credit card. 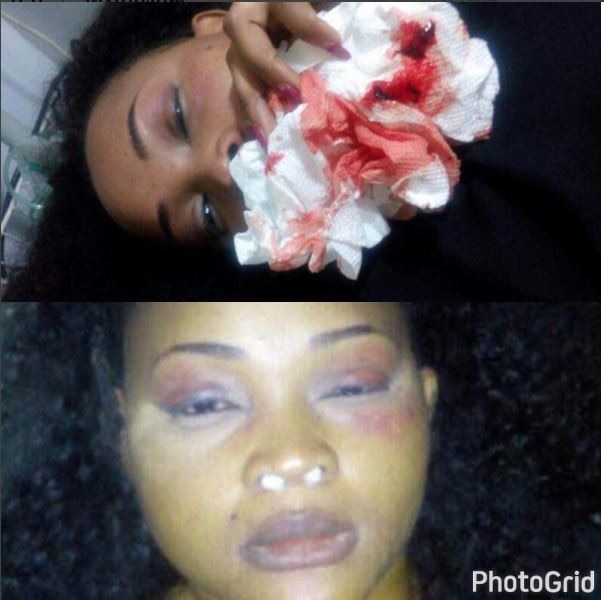