The year 2017 has offered very few actresses, who gave us great movie moments of the year via talented performances.

With their interpretations and characterizations, these actors delivered performances that stuck with us for days, weeks and in some cases, months.

In ascending order, check them out.

Whether Okojie as Teni in "Battleground" is fighting off her exasperating step-sister,  dealing with her controlling father or making the wrong decisions, her performance has a level of nuance which brings an authenticity to the character.

She does a great job at locating and delivering the vulnerability and resilient side of Teni, creating a believable and relatable character.

The actress is at her finest in the scenes featuring Nonso Bassey as her lover.

In one scene she is grief-stricken, and in another, she is recovering, alive and excited -  these emotions are part of Diane's journey in “Roti,” and Kate Henshaw communicates them all without so many words.

Henshaw absorbs herself in the character as a mother who loses her only son to a brief heart illness few days to his birthday, and her pain is almost real.

In “Isoken,” Akande aptly delivers as the titular character, representing and chronicling the emotional travails, societal and family pressure faced by single ladies.’

In “Fifty The Series,” there’s hard determination, mischievousness and humor in Akande's portrayal of the character Tola.

Every emotion on the show seems to belong to her, and she expertly conveys them.

From her role as Ovy in “Ovy’s Voice” to Simi in “Glimpse,” The Big Brother Naija reality star reveals herself as a captivating work in nuanced emotional displays.

The actress is both believable as a devout Christian wife in financial crisis and a traumatized mute makeup artist, ensuring that her characters are relatable.

A departure from the roles Etim has by now grown used to, the actress delivers a rare but well-executed performance as Lola in the 1st Nigerian silent film "A Hotel Called Memory."

Without speaking or exaggerating emotions, the actress brilliantly captures the situation of a lady, who, recently separated from her husband, decides to go on a journey of self-discovery, hoping to forget the past and move on with her life.

As Folake in “Jemeji,” Omowumi Dada's performance is an ideal combination of comedy and drama.

Dada brings a rare comedic timing to the character. She is charming, dramatic and very funny, especially in scenes with Tope Tedela's Obi and Arase Emokkpae's Senami.

She flawlessly keeps up the humour even during the most emotional moments of the show.

It's the ease with which she beautifully delivers her character in "Jemeji" and movies like "Omugwo" and "Catch.er" that is most impressive.

In "Isoken," Tina Mba is a mother who is desperate to see her first daughter get married. Her performance is raw, visceral and completely believable.

She captivates the audience with her every line and gesture, ensuring that they remain attached to the film.

In "Bariga Sugar," she delivers a fantastic performance as a pimp who runs a brothel. She brings to the character the right energy and attitude fitting for a 'madam' in her line of business.

As Chuks' mother in "Okafor's  Law," she dishes out fine comedic moments, bringing the right amount of humour with her spontaneous performance.

As a grieving mother in Kunle Afolayan's "The Bridge," Mba delivers a poignant performance that probably would have been lost in anyone else's care.

This year belongs to the talented veteran actress. 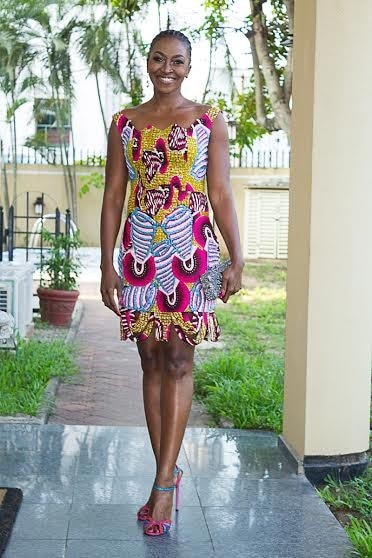