Top Nigerian Celebrities That Left Their Marriages This Year [ Must Read

Celebrity marriages- we love to see it happen but we hate to see it end especially quickly.

2017 is no different as the marriages of certain top celebrities hit the rocks.

Back in 2016, there were already hints of these guys were going their separate ways after Damilola unfollowed Chris Attoh on Instagram and removed all their pictures from her account. Well, most people felt it was probably one of those couple fights as they but remained silent over the issue.

However, in 2017, Chris Attoh was actually the one who revealed that himself and Damilola Adegbite had divorced. He made this known while granting an interview. Many people are still shocked over the end of the marriage of the Tinsel couple.

The break up between Mercy Aigbe and Lanre Gentry was quite a messy one which revealed a lot about the marriage between the couple. In April 2017 Mercy Aigbe revealed that she had been enduring domestic violence in her marriage. She even released photos of the alleged assault she received in the hands of her estranged husband. The couple parted ways as Mercy Aigbe moved out of their matrimonial home. There have been speculations about them getting back together even though they are yet to reconcile.

Toke Makinwa separated from her husband, Maje Ayinda back in 2016 over alleged infidelity on the part of Maje. It was alleged that Maje Ayinda had gotten his ex-girlfriend pregnant while still married to Toke. Toke Makinwa filed for divorce that same year praying the court to dissolve their 18 months old marriage.

However, in 2017, an Igbosere High Court in Lagos granted Toke Makinwa her wish as the marriage was officially dissolved because of the evidence brought before the judge by Toke Makinwa.

This was one of the messiest breakups ever in the entertainment industry because it didn't just break the internet and trend for a long time but it also revealed a lot about how the couple lived while they were still together.

Back August 2017, Tonto Dikeh revealed that she had separated from her estranged husband. Just when we all thought it was going to one of those low-key separation moments, the estranged couple kept on calling each other out accusing each other of different allegations. Even videos of scattered rooms, broken glasses and appliances and the couple fighting which went viral revealed a lot about the once admired marriage.

Muma Gee and ex-husband, Prince Eke back in 2015 and 2016 made the news over their marriage crisis. There were accusations from both quarters over infidelity. Muma Gee accused the actor of engaging four other women while they were still married while Prince Eke went on to say his ex-wife allegedly abandoned their kids and fled out of town with a man. 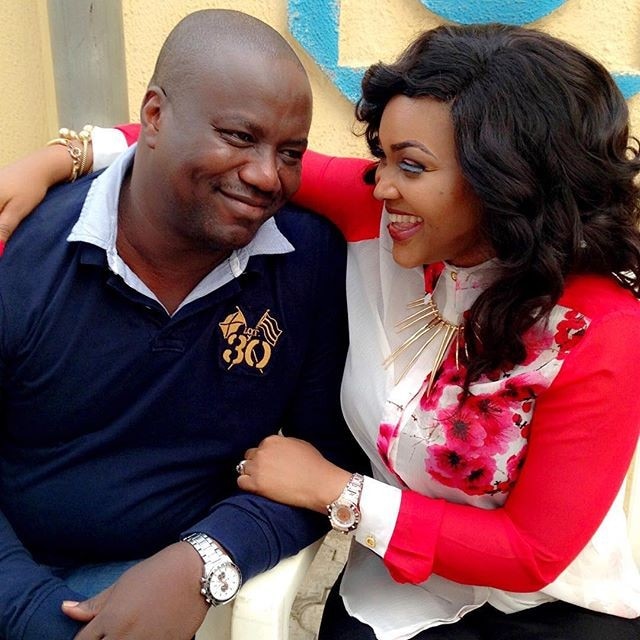