Alexis Sanchez is a Manchester United player (near enough). 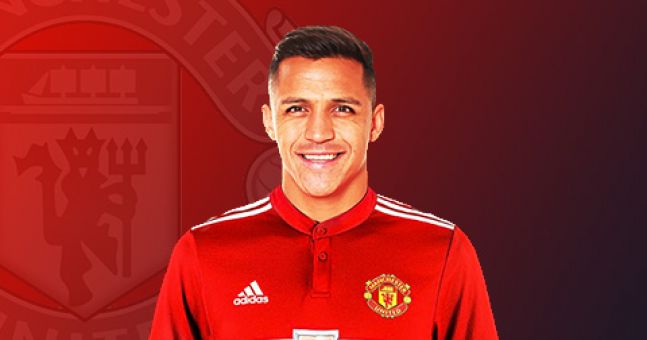 Although the deal taking him to Old Trafford is yet to be officially confirmed, the latest reports indicate he's passed his medical and posed for official photographs for his new club.

And speaking of photographs, a leaked image doing the rounds on Sunday evening has offered United fans their first glimpse of the Chilean in a United shirt. The picture, presumably taken at United's AON training facilities on Sunday, appears to confirm what most of the club's supporters already suspected: Sanchez will be the club's new number seven.

The deal taking the 29-year-old to Old Trafford is believed to be a swap deal which will see Henrikh Mkhitaryan move to Arsenal in exchange.

Sanchez's soon-to-be new teammates were given two days off following their victory over Burnley at Turf Moor on Saturday afternoon. It's been reported that Jose Mourinho has travelled to London since the game to spend time with his family.

With reports on Sunday claiming the deal will be concluded 'within 48 hours' it's possible it may coincide with the rest of United's squad reporting back for duty after their short break.

We're very near to the end of this transfer saga.