A 14-year-old girl who was once tagged a witch due to her bow legs, has undergone a life changing surgery to correct her legs and could not recognize herself again. 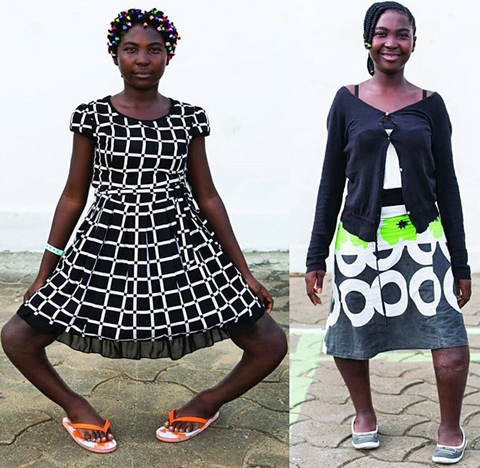 An Instagram page, Mercy Ships (@mercyships), has shared an amazing story of a 14-year-old girl identified simply as, Julienne, who said she doesn’t recognise herself again after she had her life-changing surgery.

According to Mercy Ship (a social media page of a hospital that provides free lifesaving surgeries to people in developing nations), the teenager who was once called a witch because she had bow legs and was a source of shame and social rejection to her is now able to stand tall and proud after she had a correction surgery.

After her surgery, the 14-year-old expressed that she doesn’t recognise herself anymore due to the surgery that turned out successful.

The page wrote; “Julienne’s bowed legs had always been a source of shame and social rejection - but now, the 14-year-old girl who was once called a “witch” can stand tall and proud.

"When she looks at photos of herself before surgery, Julienne says she doesn’t even recognize herself: “This isn’t me anymore - those aren’t my legs!”