Breaking News :- Don Jazzy Finally Fall in love With A Banana Seller In His Village [ Read For More Updates

- His caption on the photo received a lot of comment with many people saying the market is located in Accra, Ghana

Michael Collins Ajereh popularly known as Don Jazzy has come again with his jokes. The talented recording artist who is known for making jokes on social media recently shared the photo of a beautiful lady hawking.

The recording artist who shared her photo on his Instagram page noted that he would like to go to the market to buy food stuffs. He made a joke about going to the market so he could cook his own food. 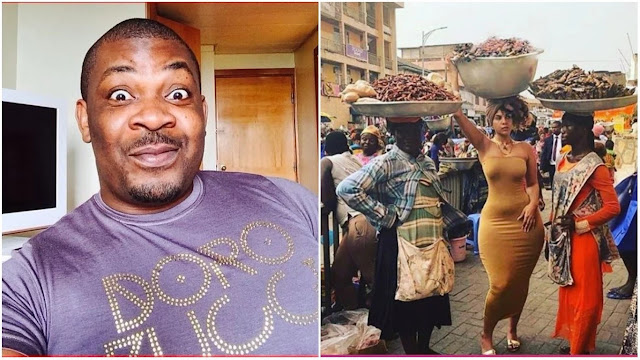