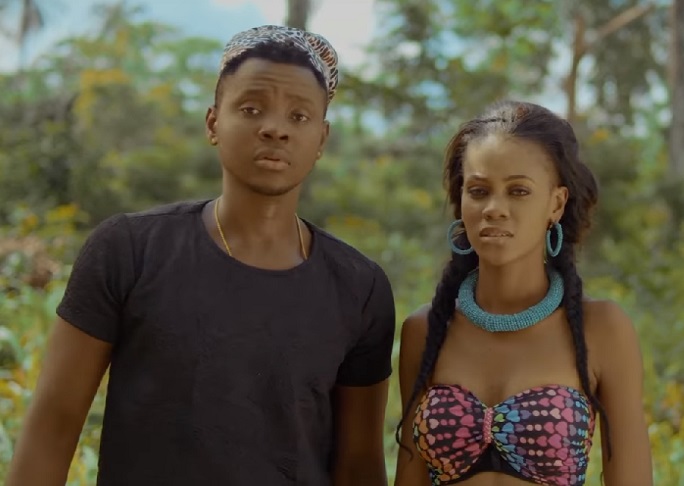 Some ladies on twitter have called the attention of fellow twitter users to a line in Kiss Daniel’s song ‘Yeba’.

In the song, a female voice is heard saying ‘uncle stop touching’ in a manner that portrays the lady is being touched indecently against her consent by a man she’s probably dancing with.

Those debating the line in the song claim it somehow glorifies or promotes sexual assault. 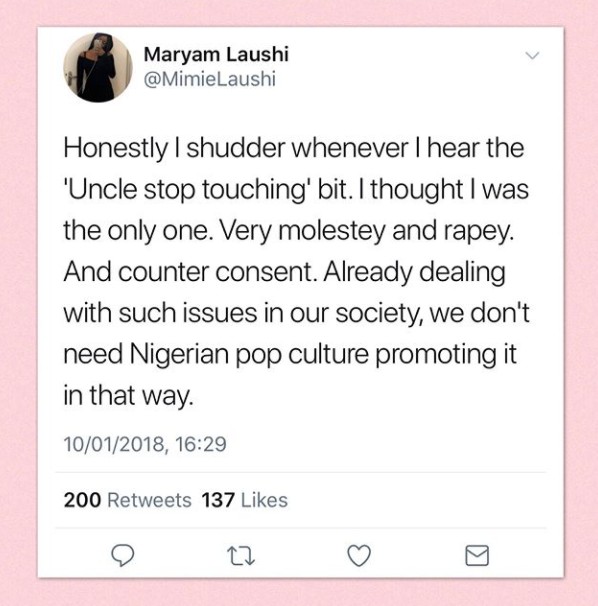 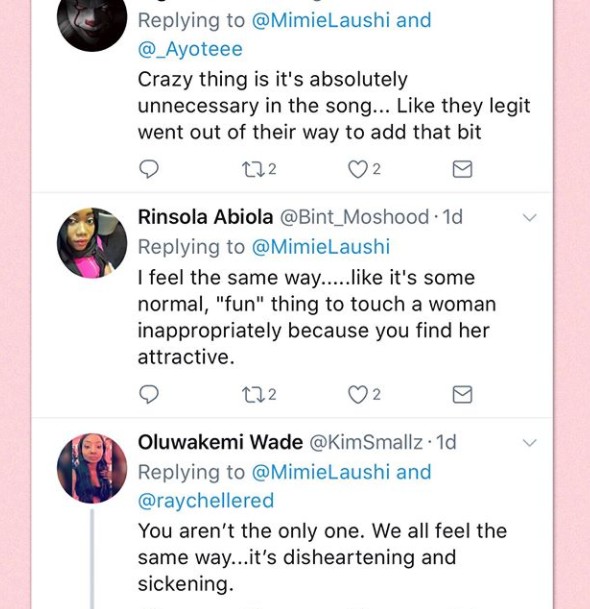 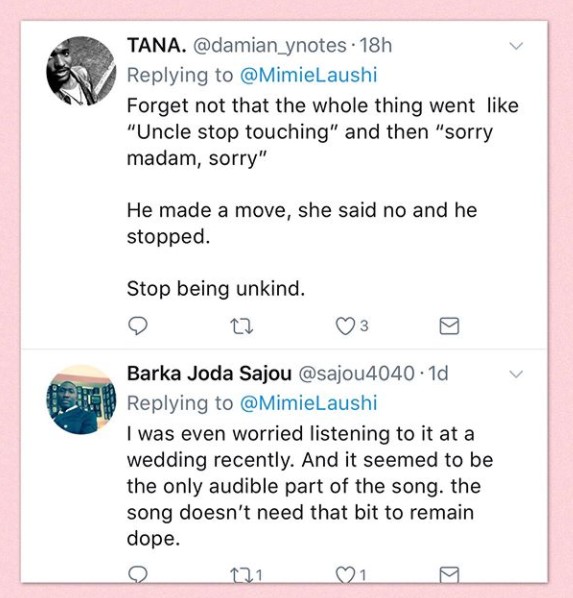 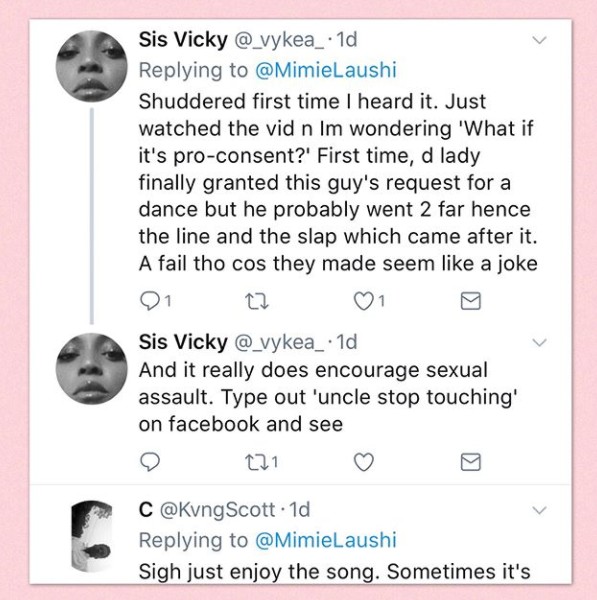 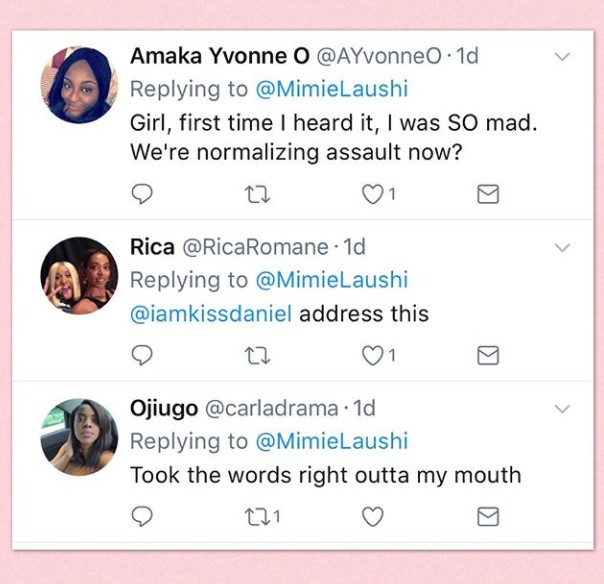