I Replaced Abumeyang With Sanchez - Wenger 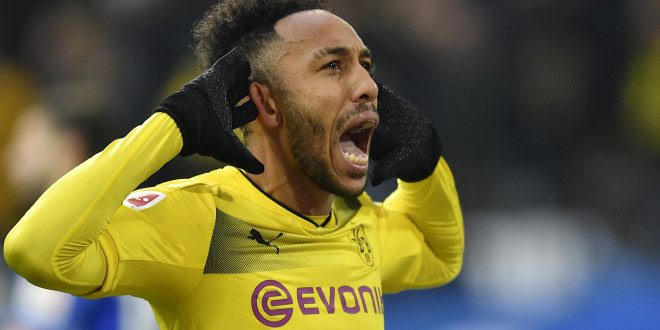 The club’s record offer of £55.4 million (63 million euros) was accepted by Borussia Dortmund .

With the move, Aubameyang is likely to become the highest paid player in the club’s history.

After a week of negotiations, the English team increased their initial £44 million (55 million euros) bid to meet Dortmund’s asking price but the Bundesliga club still want to source a replacement before signing off and announcing the deal.

Olivier Giroud is among the options for Dortmund and separate talks are now ongoing with Arsenal today about a deal for the France striker. Arsenal are open to both a loan or a permanent transfer and there is also interest in Giroud from Chelsea.

A contract worth £180,000-a-week until 2021 has been offered to Aubameyang, who wants to join Arsenal where he will link up with former Dortmund colleague Henrikh Mkhitaryan following his arrival earlier this month in exchange for Alexis Sanchez.

With Arsenal also selling Theo Walcott and Giroud now likely to leave, Arsene Wenger wanted only a player who would immediately improve his starting team and Aubameyang has established himself as one of the most prolific strikers in any European league.