Kelechi Iheanacho is earning an insane amount of money at Leicester City
Published 4 days ago
The debate over whether Marcus Rashford or Gabriel Jesus is the better forward has been raging on since the start of 2017.
However, it wasn’t long ago that football fans were debating whether Rashford was better than the man who Jesus replaced in the Manchester City squad.
Kelechi Iheanacho, remember him? The Nigerian striker was widely regarded as one of the Premier League’s most talented youngsters when he burst onto the scene during the 2015-16 campaign.
He scored 14 goals in 35 matches for City that season and continued to get opportunities after Pep Guardiola replaced Manuel Pellegrini in the summer of 2016.
Indeed, after scoring in City’s 3-0 win over Hull City on Boxing Day of 2016, an astonishing statistic emerged which revealed Iheanacho boasted the best goals-to-minutes ratio of any player in Premier League history.
At the time he was scoring a goal every 96 minutes in England’s top division - the best goal ratio from any player with 10 or more in the league’s history.
But Jesus arrived from Palmeiras days later and that was effectively the end of Iheanacho at the Etihad Stadium.
He ended up signing for Leicester City in August 2017 in a deal which cost the Foxes a reported £25 million.
But fast-forward five months and the 21-year-old has scored just one goal for Leicester - which came in the EFL Cup, not the Premier League - and can barely get a game.
Iheanacho hasn’t played in the league since making his ninth appearance as a second-half substitute against his former club Man City back in November.
LEICESTER 'PREPARED TO TAKE A LOSS' ON IHEANACHO
He only got 10 minutes as a sub against League One outfit Fleetwood Town in the FA Cup on Saturday and, according to The Sun , Leicester have already given up on the forward.
It’s reported that the 2015-16 Premier League champions will allow Iheanacho to leave the King Power Stadium, even if it means making a loss on the £25 million they signed him for.
There’s surely no way they’ll be getting close to that figure.
IHEANACHO'S INSANE WEEKLY WAGE REVEALED
Remarkably, The Sun’s report also quotes a ‘well-placed source’ revealing the astonishing amount of money Iheanacho is currently earning at Leicester.
"The problem is Kelechi is earning around £115,000-a-week on a five-year deal and no club will currently want to take him on those wages,” the source said. “So Leicester might have to let him go for a lot cheaper than they paid for him if they decide to sell now.”
Sorry, what?
One-hundred and fifteen thousand pounds a week? Money in the Premier League is well and truly out of control.
That’s even more money than what Harry Kane is earning at Tottenham.
The prolific England international is on £110,000-a-week at Spurs, per The Sun , although that is expected to be raised to £200,000-a-week as the reports linking him with a lucrative move to Real Madrid begin to emerge.
Newcastle United, West Ham, Stoke City and Swansea were all keen on Iheanacho in the summer, but he won’t get close to what he’s currently earning at one of those clubs - assuming they’re still interested, of course. 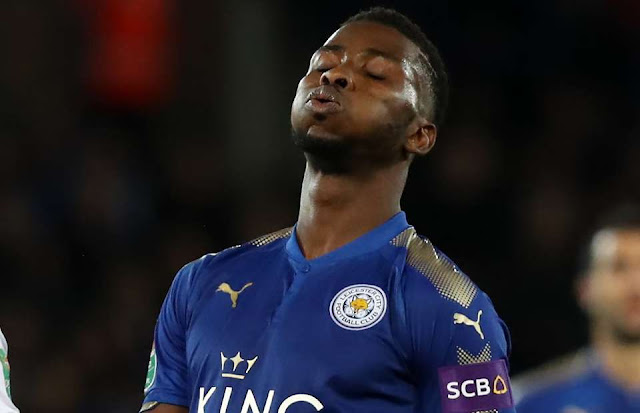