Kelechi Iheanacho helped himself to a double in Leicester City’s 5-1 rout of Peterborough in the FA Cup on Saturday. 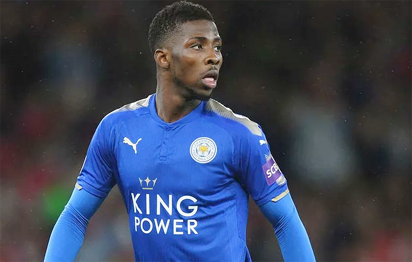 In doing so, the Foxes number eight broke a record previously held by Yakubu Aiyegbeni, as he took his tally in the prestigious competition to nine goals in nine appearances.

Ex-Super Eagle Yakubu notched 8 goals in 20 appearances in the FA Cup wearing the jerseys of Reading, Middlesbrough and Portsmouth.

While it took the retired Nigeria international 10 years to score eight goals in the FA Cup, Iheanacho became Nigeria’s leading scorer in the FA Cup after only two years.

With 6 goals from 29 matches, Chelsea right wing-back Victor Moses is the third highest Nigerian scorer in the FA Cup, an honour he shares with ex-Arsenal star Nwanwko Kanu.