That seems, very much, to be that. 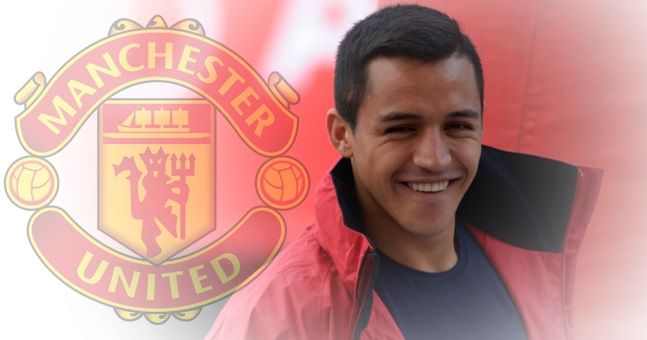 What more fitting way to effectively confirm Alexis Sanchez's Arsenal departure than via a social media reply to a contributor to Arsenal Fan TV?

This is peak transfer window, people!

Sanchez is expected to be unveiled as a Manchester United player any day now, with neither Jose Mourinho nor Arsene Wenger even bothering to pretend like the deal isn't close this week.

"There is no point in trying to hide or deny, but it is not done at all," Mourinho said on Friday afternoon.

"I think clearly everybody knows that we are there and especially when Arsenal manager speaks so clearly like he did."

Sanchez will join United, with Henrikh Mkhitaryan going in the opposite direction, but both players remained at their current clubs as of Friday lunchtime, which was the deadline for new players to be included in squads for the weekend.

After beating off competition from Manchester City and Chelsea for the Chile international, United should confirm the arrival of their new No. 7 prior to their FA Cup clash with Yeovil next week.

And with that comes an end to the relationship between Sanchez and the dedicated Gunners' fan channel, Arsenal Fan TV.

Sanchez obliged Troopz, of Arsenal Fan TV fame, a final photograph together when they met in London earlier this week.

Troopz then bid farewell to the club's joint-top scorer this season with a heartfelt message on Instagram on Friday.

And, lo and behold, look who responded.

Sanchez reacted to Troopz's goodbye with a crying emoji and a sad emoji, suggesting that he has indeed pulled on the Arsenal jersey for the final time.

The 29-year-old has since deleted the comment but not before several hundred of Troopz's followers screenshot it and shared it on social media.