Meet This Cute Prince Who Shunned Royalship To Admit Football

Faiq Bolkiah: His uncle is the Sultan of Brunei, his dad spent £35m in a month and Michael Jackson performed a private concert for him… meet the richest footballer in the world
Faiq Bolkiah
Faiq Bolkiah has the world at his feet. A nephew of the Sultan of Brunei, who has a fortune estimated at £15bn, he is the richest young footballer in the world. The youth starlet also once had his own private concert with the King of Pop
Bolkiah, 19, is currently on Leicester City’s books, playing reserve football to gain some much-needed match-experience.
Rumoured to be interesting EFL Championship leaders Wolves, the dynamic winger is one of the heirs to the Sultan of Brunei’s £15bn fortune.
His dad is Jefri Bolkiah, a brother of the oil tycoon, so that makes Faiq a member of their royal family.
But that hasn’t stopped Faiq from shunning his family’s billions, and is happy to play for Leicester reserves instead,
After playing youth football for AFC Newbury, Faiq signed a 1-year deal with Southampton’s famed youth academy in 2009.
He didn’t quite turn enough heads to secure a full-time contract and went on trial at Arsenal in 2013, playing for the Gunners in the 2013 Lion City Cup.
Jefri was also believed to have owned 2,300 cars at the height of his wealth, including a fleet of Bentleys, Ferraris and Rolls-Royces.
However, his pride and joy is a yacht inappropriately called ‘Tits’ which had tenders called ‘Nipple 1’ and ‘Nipple 2’.
Faiq’s father paid Jacko around £12.5 million for the privilege, which was chump change for the Brunei royal family back then.
“I’ve played football since as early as I can remember and from a young age I’ve always enjoyed going out on the field and having the ball at my feet,” Faiq once said in a rare interview. 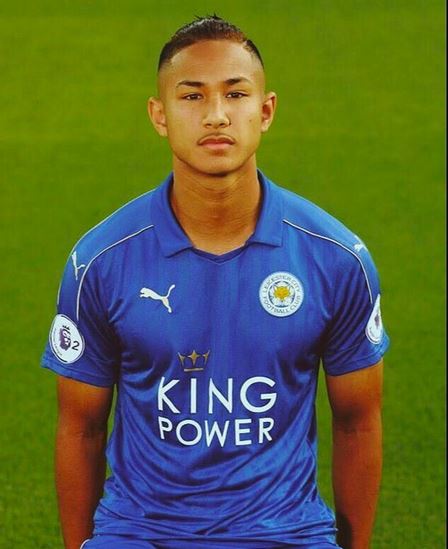