Artiste Name: Wole DSB
Song Titled: Fear God
Social Media Handles;
Facebook: Wole DSB
Instagram: Woletideofficial
Tolulope Oluwaferanmi Oduwole better known as WOLÈ DSB aka STARB VEGAS return after a few break since 2016 and after he released the Audio & Video for his successful hit song MARLINA ft HARRY JAZZ which the video was directed by CK Madpixel films. Here with another inspirational & motivational song titled FEAR GOD (Prod. By OriginalBeat)Mixed & Mastered by K Black.
WOLÈ DSB make us to understand that
It is one thing to fear God as threatening, with a holy reverence, and another to be afraid of the evil threatened. The fear of the Lord is the beginning of wisdom. I fear God and next to God I mostly fear them that fear him not. Fear God, and your enemies will fear you.
Click the downloading button and enjoy this amazing song and let the FEAR OF GOD to take over you as we begin the new wonderful year. Enjoy
👇
DOWNLOADAUDIO 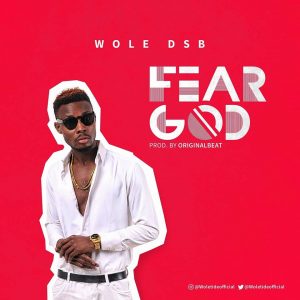