Popular WWE SUPERSTAR The Rock And Daughter Looks Cute Together

If you’ve never heard of Simone Garcia Johnson, prepare for her to become a household name.

Last November in Los Angeles, the 16-year-old daughter of superstar actor Dwayne “The Rock” Johnson and Dany Garcia, producer and Chairwoman of Seven Bucks Productions, was presented with the 2018 Golden Globe Ambassador title inside InStyle and the Hollywood Foreign Press Association’s (HFPA) bash at Catch LA in West Hollywood, presented by Fiji water and Infiniti.

In Tinseltown, earning the coveted title, formerly known as Miss or Mr. Golden Globe, marks a changing of the guard of sorts. Each year, HFPA selects an aspiring actor or actress who’s not only destined for a life in the spotlight, but it also the child of an A-list heavyweight in the entertainment industry.

If you need evidence that receiving the honor is a big deal, think about this: previous recipients include Melanie Griffith, Freddie Prinze Jr., Rumer Willis, and Laura Dern. In 2016, the accolade was presented to Jamie Foxx’s daughter Corinne, and in 2017, Sylvester Stallone’s daughters Sophia, Sistine, and Scarlet shared the honor.

The best part? Garcia Johnson will be on stage at the 75th Golden Globes in January presenting the show’s gilded trophy to deserving winners.

VIDEO: The Rock Has Officially Filed Paperwork to Run for President 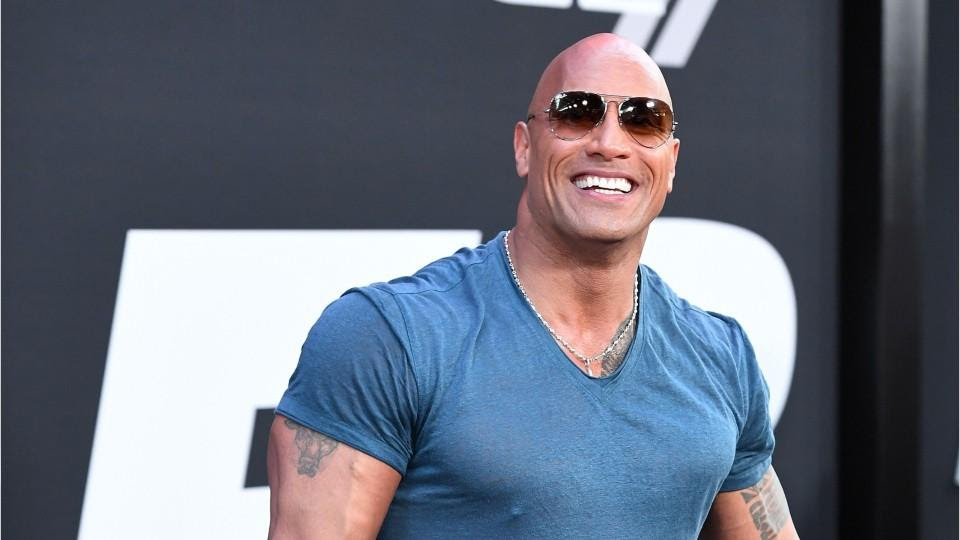 HFPA President Meher Tatna explained the change in title. "As we look forward to the 75th anniversary of the Golden Globe Awards, the Hollywood Foreign Press Association members decided to expand this role to embody the HFPA's philanthropic efforts year round," she said. "The honoree will now be referred to as the Golden Globe Ambassador and we could not think of a better representative than Simone to carry on this tradition, as her values closely reflect everything the HFPA stands for."

In addition, Garcia Johnson will partner with Global Girl Media as part of her title. The organization helps provide young women in journalism from disadvantaged areas the tools necessary to succeed.

"I've been lucky enough to grow up in a household with strong role models and feel so honored to represent the HFPA for its 75th anniversary," Garcia Johnson said. "As the newly minted Golden Globe Ambassador, I hope to serve as a role model to young people everywhere and empower them to speak out on issues they are passionate about."

Simone already knows what it’s like to live in the public eye, and has joined her famous dad at high-profile Hollywood events like the 2016 Golden Globes and premieres of movies he’s starred in such as Baywatch and Moana. She's also a model signed to IMG, and regularly shared Instagram photos of her work in front of the camera.

Watch Garcia Jones on stage as the Golden Globe Ambassador at the 2018 Golden Globe Awards when NBC airs the ceremony live on Sunday, Jan. 7, at 8 p.m. ET.