Samuel Amobi Hopes For A Shirt In 2018 World Cup 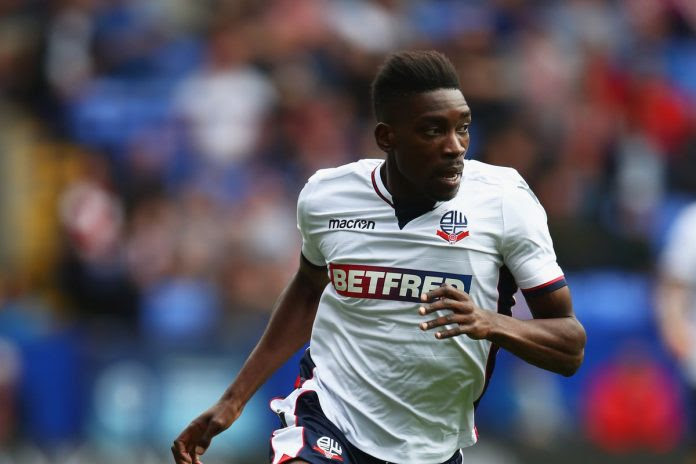 Bolton Wanderers winger, Sammy Ameobi has pledged his international future to Nigeria, as he hopes to get a shirt with the Super Eagles at the 2018 World Cup.

Born in Newcastle upon Tyne, Ameobi had two friendly games with Nigeria’s under-20 team, Flying Eagles, against Saudi Arabia and Egypt in 2011, before making his debut for England U21s later that year.

He has, however, now pledged his future to Nigeria ahead of England at senior level, and is looking to seal a spot in Nigeria’s roster to Russia 2018.

Sammy’s older sibling, Shola Ameobi turned out for the Super Eagles at the 2014 World Cup, and the Bolton youngster is hoping to follow in his footsteps.

The younger Ameobi made four competitive appearances for England’s U21 team and must file a formal switch with FIFA to change his national team before he can play for the Super Eagles.

”I want to solely represent Nigeria. Hopefully that opportunity will come but it will only possibly happen if I play well on a weekly basis, which is what I am aiming to do here at Bolton Wanderers.

”With it being a World Cup year who knows what could happen? It would be great to be a part of that, but there’s a lot of hard work ahead for me if that’s even possible.

”It isn’t easy breaking into the international team. Shola did it and I can only hope to follow in his footsteps!” he concluded.