Don Wanny is finally down. When I say down, this is not the last 2 months saga that he was shot and he escaped through the water terrain, his corpse is here and soldiers has done marvelously well in gunning this animalistic cultist down.
He is the notorious cultist terrorizing Ogba-Egbema-Ndoni Local Government area of Rivers state and his real name is Johnson Igwedibia but fondly called Don Wanny. The kidnap kingpin and mass murderer (blood sucker), Don Wanny was killed in his hideout in Enugu state, according to report by the Nigerian army.
A combined team of troops of eighty-two Division Nigerian Army Enugu and personnel of DSS Rivers State Command raided the hideout to arrest him and his other accomplices. They attempted to escape through the back exit of the apartment and were shot down by the eagle eyed troops in the process.
A man based in Port-Harcourt, Rivers state was so excited about the news of Don Wanny’s death that he had to visit the Military Hospital Mortuary in Port Harcourt to see the corpse before it was deposited.
The excited man posed for series of pictures with the corpse.
More photos below… 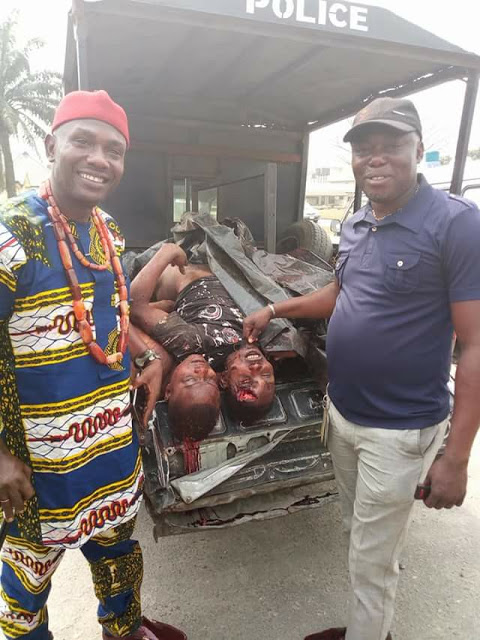