Super Actress Genevieve Nnaji Posted Something Special About Her Daughter 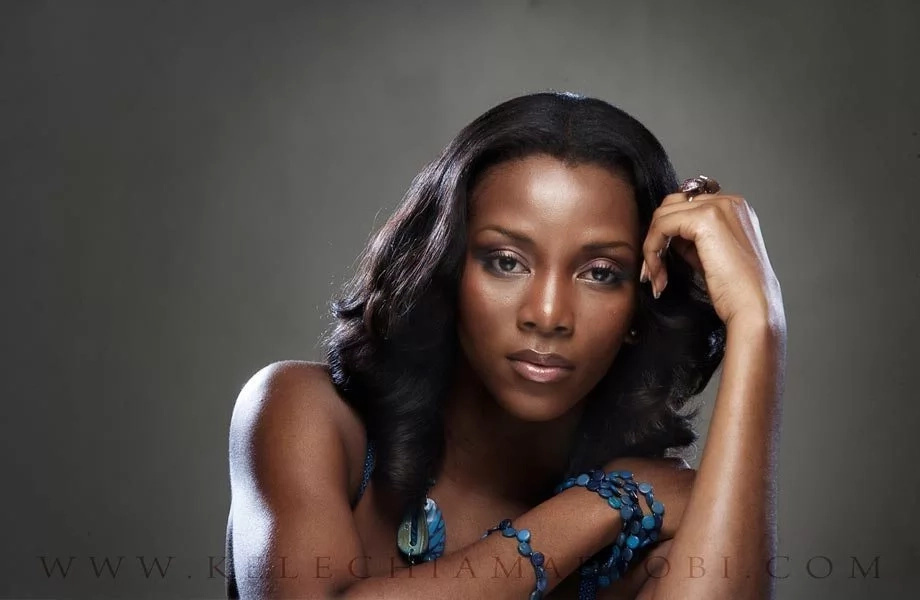 Despite being a famous movie star, Genevieve has managed to keep most of her life private. However, in this age of social media information has a way of finding its way out even when tightly guarded. This is how the cute daughter of Genevieve Nnaji came into the public eyes.

Not much is known about her. She is called Theodora Chimebuka Nnaji. Apart from Genevieve Nnaji daughter name, the mother revealed that she discovered she was pregnant with her at age 17 after her own mother noticed it. Being catholic there was no way Genevieve would abort. She kept the pregnancy and gave birth. The young child was taken care of by her grandmother, Genevieve’s mother.

According to the family secret archives, as is told, Genevieve and the father of her child clashed on whether to keep her pregnancy a secret or embrace it to the public. While the man came from a liberal Christian family where it would not matter much, Genevieve was a strict catholic and as such keeping the pregnancy a secret was not under discussion. However, later the man got to spent some time with his daughter in the states.

While it had been well hidden during the earlier years, Genevieve got comfortable showing her daughter off. In an interview later, Genevieve stated that she was glad that she had not done anything stupid like terminating the pregnancy. After all, it had been too late when the discovery was made and even later when she finally accepted that she was indeed pregnant.

With so much privacy Genevieve Nnaji and her daughter were first seen in public at her mother’s 60th birthday party where family had gathered to celebrate. Genevieve has made it her business to protect her daughter from paparazzi and the public eye for reasons best known to her. Despite this protection, Genevieve Nnaji daughter has clearly taken after her own mother, at least as far as her looks go. She is a beautiful young lady.

The first time Genevieve came out in public with her daughter people were confused as to who the mother was. The two have a striking resemblance and both look very youthful. However, there are rumors claiming that Genevieve is lying about her age. People who claim to be younger than her daughter say that they are surprised when the media quotes her as younger than she actually is because she was a senior in school yet they claim that she is younger now. Whether this is true or not can only be confirmed by the Nnaji’s. People say a lot of things anyway.

While not much is said about Genevieve Nnaji daughter age, she clearly is a mature woman now. She attended federal government college and has a degree from Nnamdi Azikwe University. She completed the NYSC in 2013. She is currently the owner of NAJ artistry which is a makeup company.

Through connections and influences of her mother she has been able to attract clients in the Nollywood film industry as she is in charge of most Nigerian celebrities’ makeup. Her career seems to have taken shape away from her earlier desires as she had been caught saying that she would have wanted to be a model. Like everything else, Genevieve Nnaji and daughter pictures hit the internet again when Dora, as most people known her wedded in 2016. This was her introduction ceremony that took place in Mbaise state. Some of Nollywood’s famous actors were in attendance.

The wedding ceremony was beautiful and emotional as Genevieve shared a video of the event with captions on how the baby of the house was no longer that. Fans feel that she was getting emotional that her daughter had finally gone to her own matrimonial home and she would be left alone. With the shared video the rumors and confusion was put to rest. Genevieve confirmed that the girl was her daughter and not sister as some sources claimed.

Genevieve is not only a successful actor but also a model and musician. While it appears that she had not anticipated her pregnancy, the child she had is her source of joy today. She has achieved much in her life and has someone to share it all with considering that she is not married. Genevieve in an interview is seen telling younger people that getting pregnant is not the end of life. She is actually glad that she kept her baby.