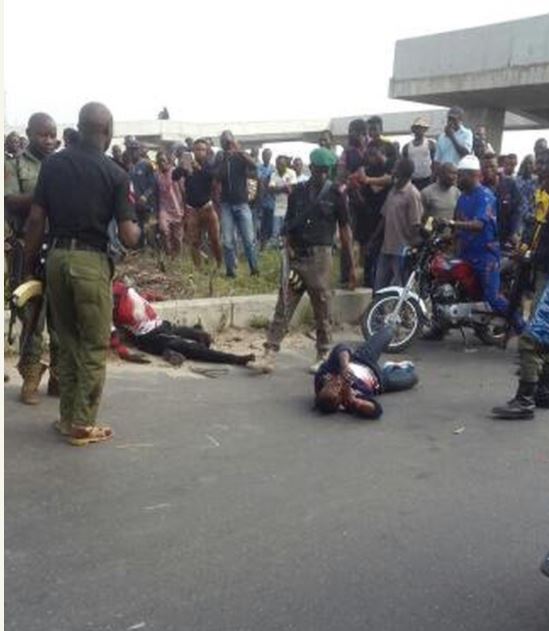 Scene of the crime

Reports have it that the timely arrival of the operatives of the Nigeria Police Force aborted the operation with the outlaws not being lucky this time around.

This caused a scene at the Alakija area with passers-by hustling to have a glance at the corpses of the robbers. 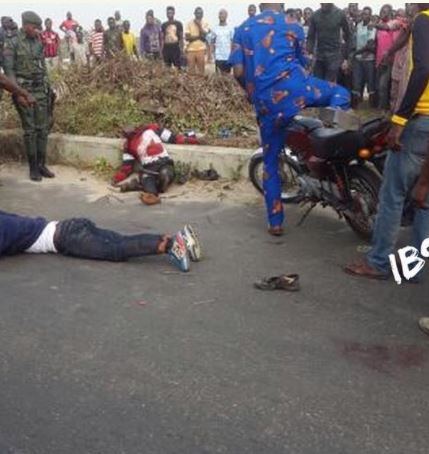 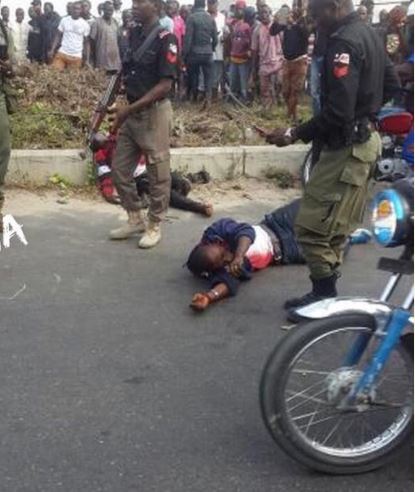