Why I Got Married To Chidimma - Nigerian Rapper Zoro Tells Fans

A wedding photo of a former winner of the MTN project fame West Africa, Miss Kedike has hit the internet with fans drawing meanings. 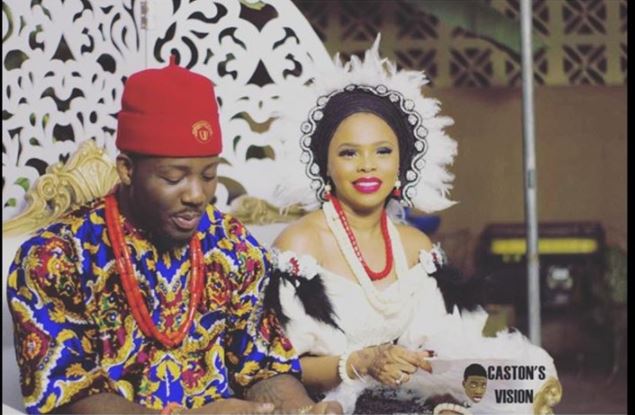 Nigerian singer, Chidinma Ekile and rapper Zoro made appearance as a newly married couple in new photos that have emerged online.

The duo were adorned in Igbo traditional attires in what appears to be a scene from a music video.

Even though Chidinma may not have had an impactful 2017, Zoro on the other hand made remarkable impact with hits like, Ogene, Mabuz Mabuza and Otu, and even crowning the year with the purchase of a Mercedes Benz G-Wagon.

Petit Chidinma who was reportedly crushing on highlife hunk, Flavour remains single despite rumors of a budding romance with another Nollywood actor.