The world’s tallest man has met up with the shortest woman at Egypt’s pyramids in a bid to boost the country’s struggling tourism industry.

The pair came together in front of the historic site of Giza Pyramids in Cairo last Friday, striking poses for awe-struck tourists. 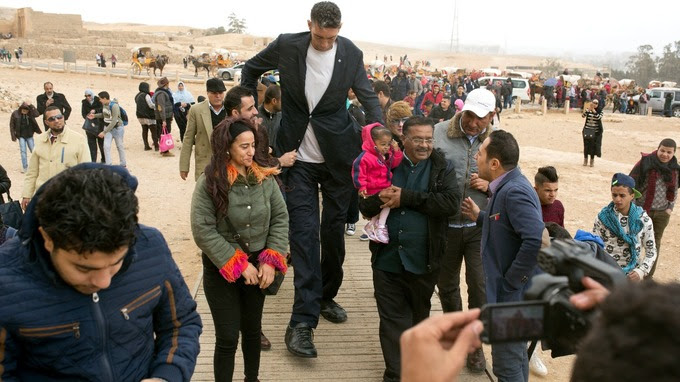 Crowds flocked around the pair when the arrived at Giza. Credit: AP

Both were invited by the Egyptian Tourism Promotion Board to visit Cairo’s most famous sites. 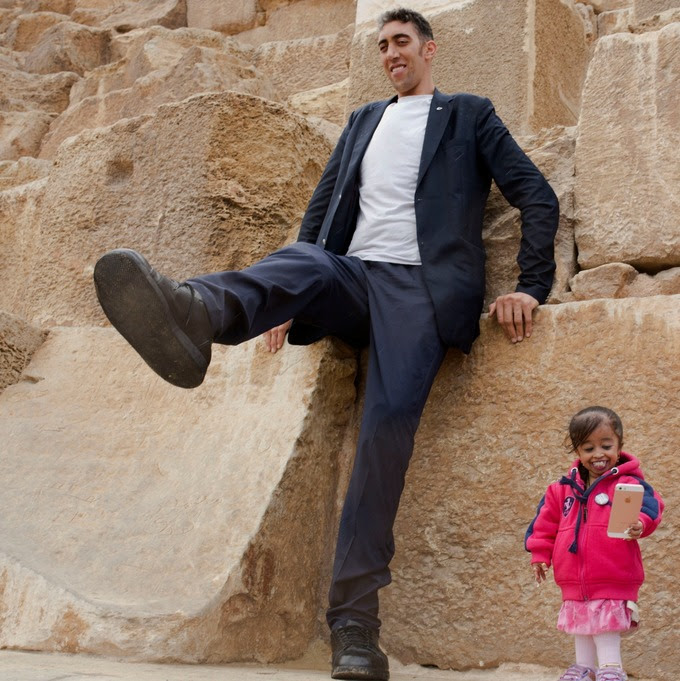 Mr Kosen’s extreme height is due to a condition known as pituitary gigantism, where the brain produces abnormally large amounts of growth hormone.

Ms Jyoti, from Nagpur, has a form of drawfism called achondroplasia. 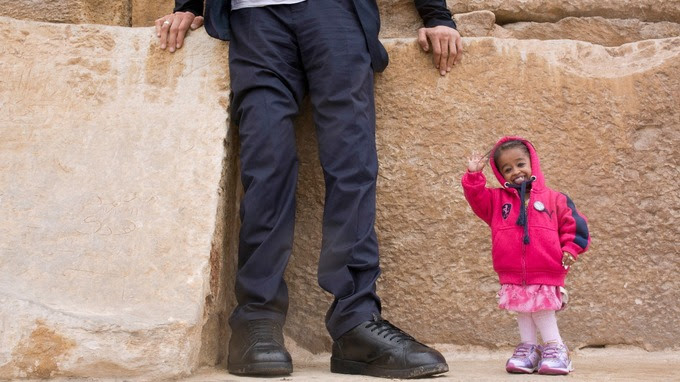 Jyoti Amage stands next to the legs of the world’s tallest man. Credit: AP

She is an actress who has appeared in the TV show American Horror Story and Bollywood films.