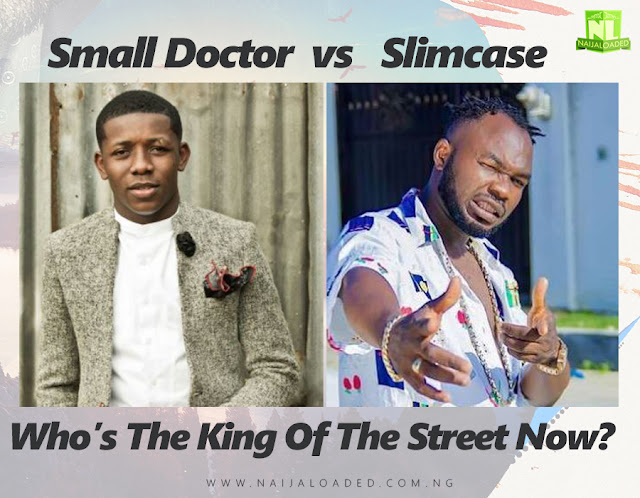 Lol!! The way time work is amazing. Time has a way of showing us what or who really matters.

All through 2017, Penalty crooner, Small Doctor edged out all other street artistes with a single song, “Penalty” which was released at the tail end of 2016.

The buzz around Small Doctor’s song, Penalty was so much that he was crowned King of the street after Olamide Baddo.

Meanwhile, Small Doctor tried to replicate what he did with “Penalty” with his latest song “This Year” but unfortunately, the song could not stand the test of time owing to the fact that, Slimcase’s efforts on the song “Oshozondi” popularized the now trending “Shaku-Shaku” dance.

Even though Slimcase is currently enjoying so much street credibility from the widespread acceptance of Shaku-Shaku dance on the street, does he now deserves that King Of The Street Crown?

Remember, Slimcase now has a record of collaboration with big Nigerian artistes like D’Banj and Tiwa Savage. Small Doctor can only dream about those collaborations for now.