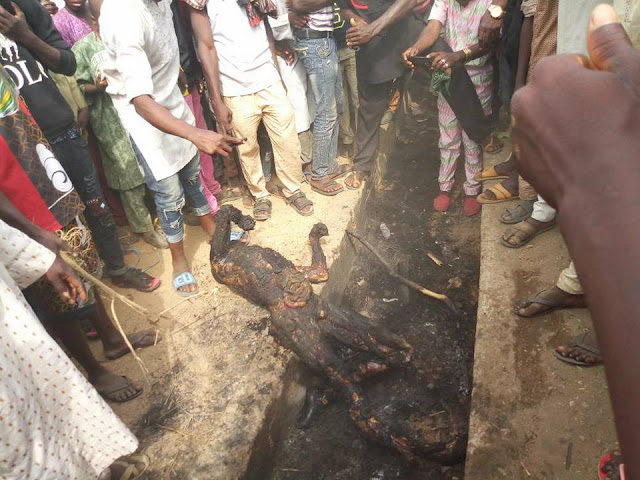 A thief who allegedly stole a motorcycle was lynched by an angry mob yesterday in Yawuri area of Kebbi State.

According to reports, the thief was beaten and set ablaze by the crowd after he was caught as security operatives tried to rescue him unsuccessfully.

The crowd gathered in their numbers as they watched him burn to death. 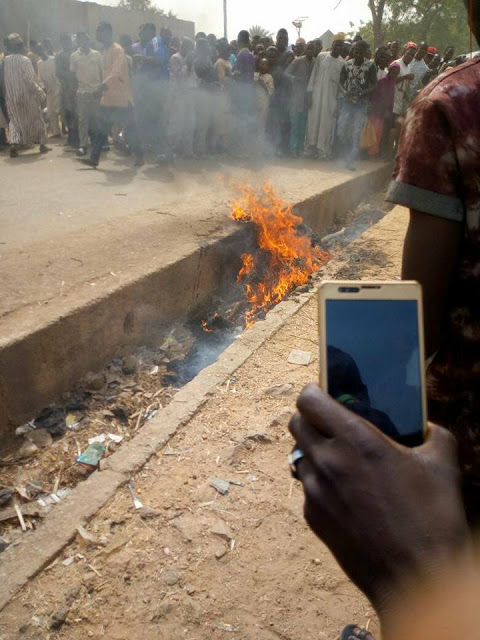