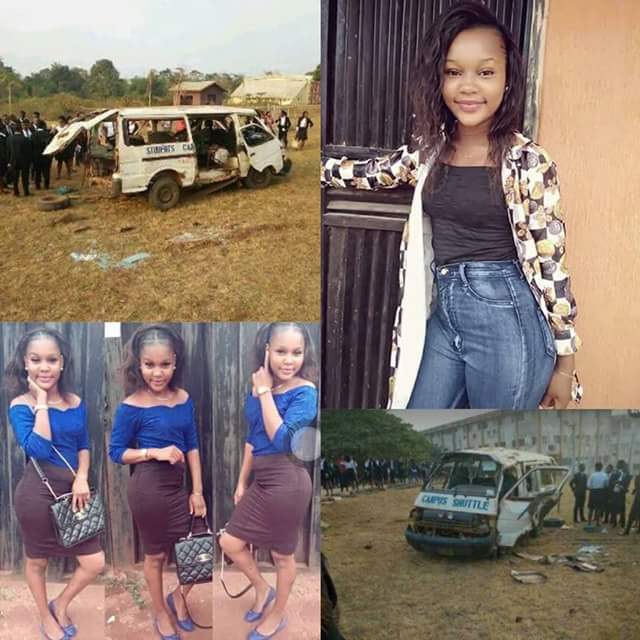 One of the deceased has been identified as Ebere Omah, a 300 level student of the Faculty of Education.

It was gathered that the bus which was conveying students to their respective departments left the bus park near the school gate around 7 am and shortly afterwards somersaulted.

Ebere died on the spot, while another student died later in the hospital. The remaining 15 passengers and the driver were said to have sustained varying degrees of injury.

Some of those in critical conditions were taken to the Irrua Specialist Teaching Hospital for treatment. The state Commissioner of Police, Johnson Kokumo, who confirmed the incident said a female student died in the crash.

“A female student died . Two are currently at the Irrua Specialist Hospital and one is at a private hospital”

See the photos below; 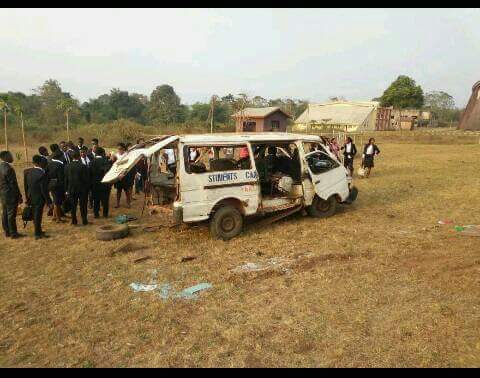 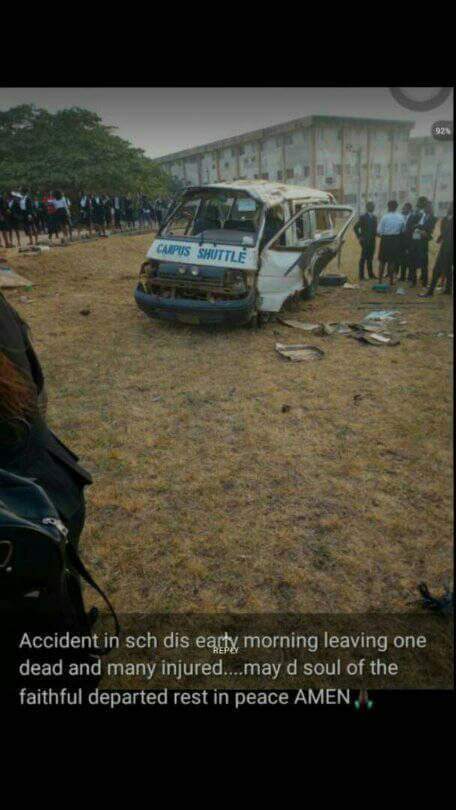 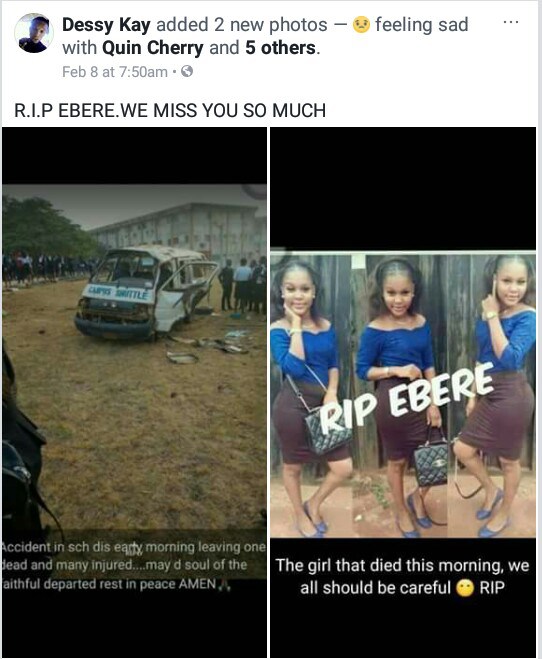 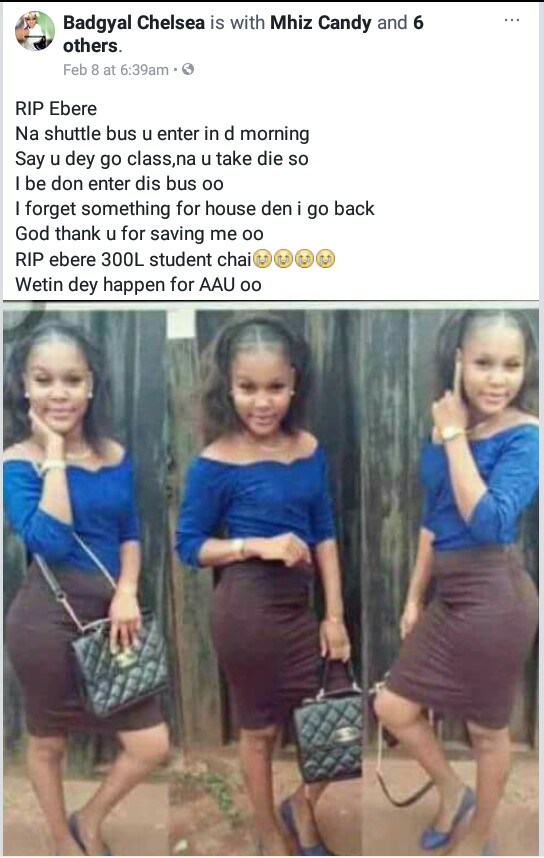 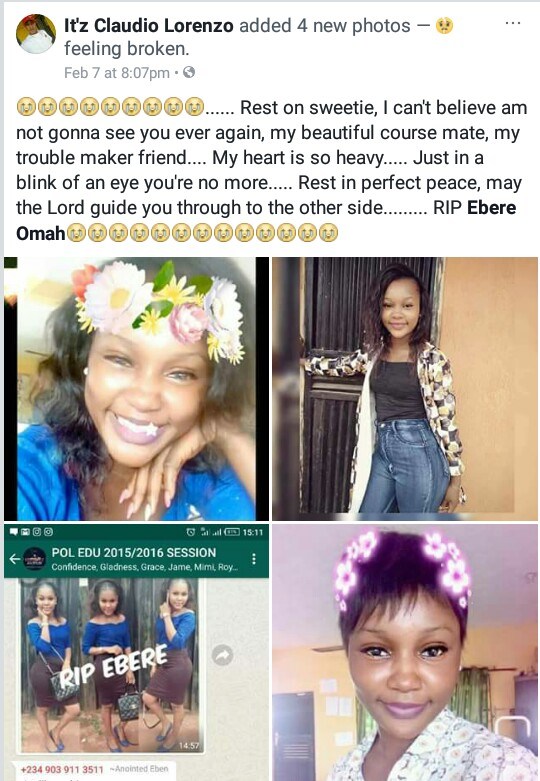