Student Caught By Room Mate While Trying To Join Illuminati

A university student has shared a chat between him and a man who claimed to be an Illuminati secret society member on WhatsApp.

The young man told the supposed Illuminati member (who is probably a scammer) that he wants money.

He was told to bring $500 to purchase some items that will be used for his initiation for him to get the grand reward of $45 million.

See the screenshots of the chat below and the young man replied the scammer. 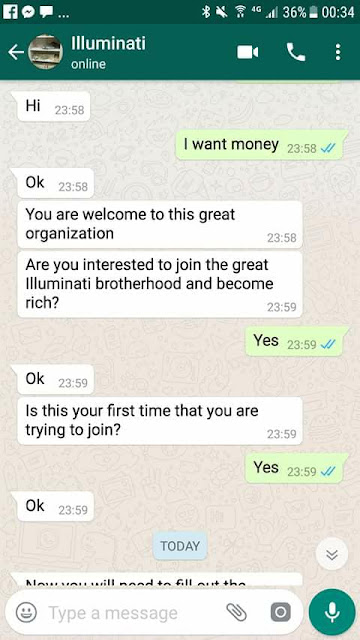 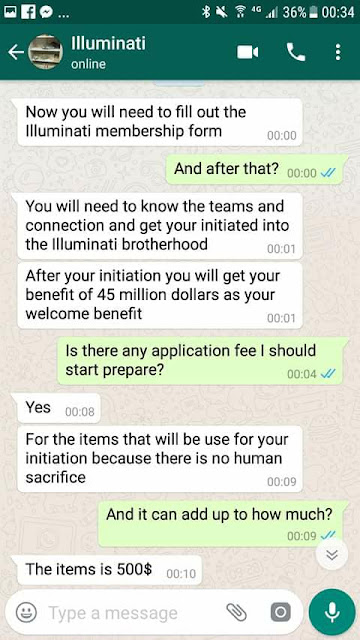 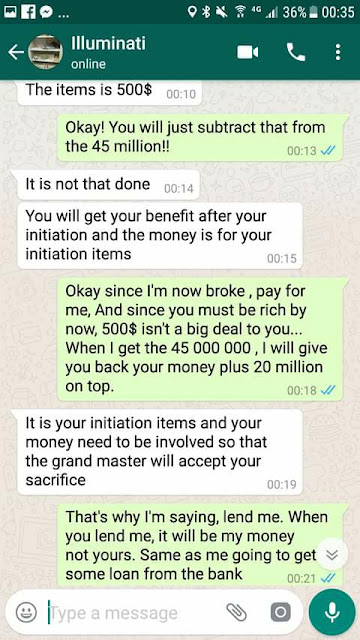 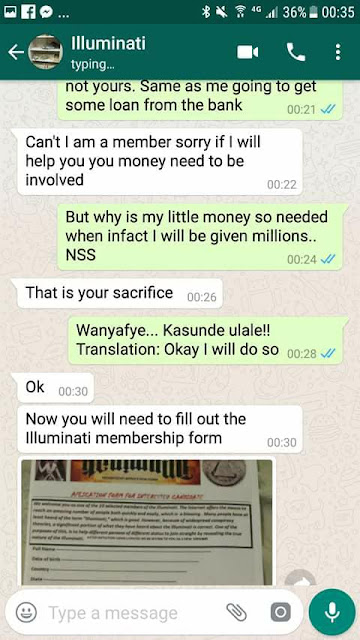