The countdown to the biggest match of Real Madrid's season has already begun and the Estadio Santiago Bernabeu is ready to play host to Los Blancos' first leg against Paris Saint-Germain. 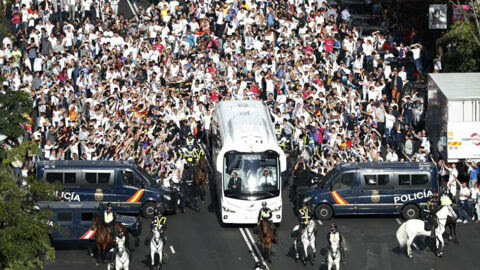 However, the clamour for tickets has seen resale tickets hit a value of 24,080 euros.

This is the match which could save Los Blancos' season, whilst the whole legitimacy of the PSG project in a sense depends on their success in the Champions League.

Both teams would have liked to have avoided each other this early as one of the giants of the competition will be eliminated, yet this simply adds to the spectacle.

Such a match is inevitably going to garner interest and those fortunate enough to have season tickets will be there.

In less than 37 minutes, the tickets available to the public on general sale were sold out so there are absolutely no official tickets left, however resale apps such as StubHub have already seen prices range from between 300 to 24,000 euros.

Whilst such numbers make for somewhat interest reading, it's nevertheless a case that can't be ignored by the club.

Florentino Perez has previously prohibited the resale of tickets and those detected to have second-hand tickets on the night will not be granted entry.

Measures have been put in place to prevent tickets being resold and Los Blancos are being strict in order to make sure an illegal resale hasn't occurred.

As such, each entrant will be forced to present the ticket on their mobile phone.

Crucially, this ticket will not be able to be printed, with the club leaving nobody in any doubt over their policy with a statement.

"The entry ticket will be downloaded to a mobile phone, that will be the only valid access document for purchases made online or by phone," the statement read.

The excitement is certainly building and the stadium will be sold out, for the first time in the Champions League this season.