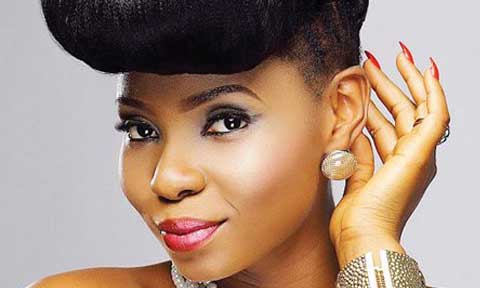 Yemi Alade who is popularly called the queen of Africa music has spoken on the reason behind her wearing her eccentric clothes, she stated that she wears them because they pay her bills.

The topic started when a follower of her’s said that she wears rubbish alot. Yemi Alade revealed this when she tweeted the making of one of her videos asking, “Should I shoot more futuristic videos?”

A twitter user then called her out, stating that the singer wears a lot of ‘rubbish’. Yemi Alade simply gave him the big reason, writing “My rubbish pays the bills. How about you?”. The response was epic and it got people rallying behind Yemi, telling her they love her ‘rubbish’. 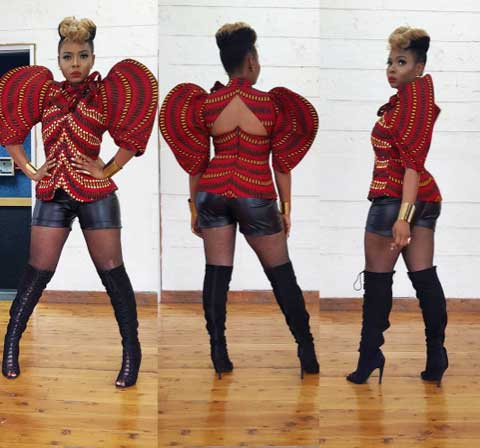 Read the tweets below: 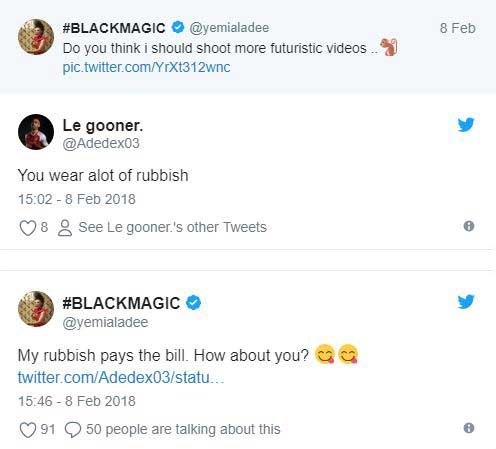 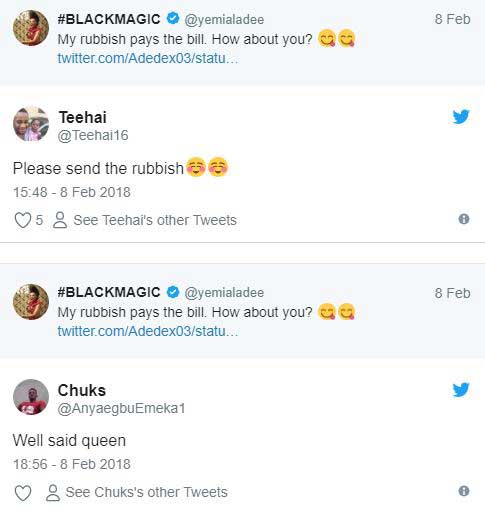 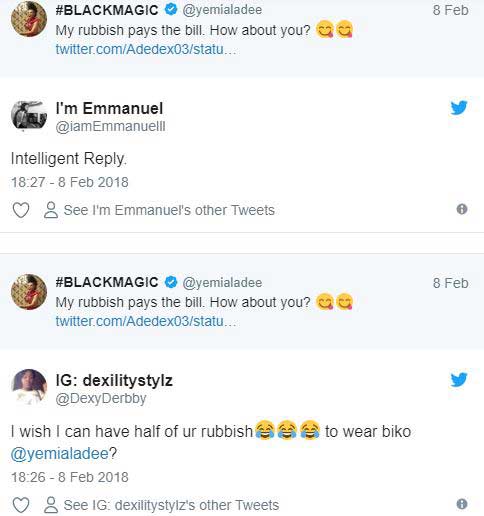