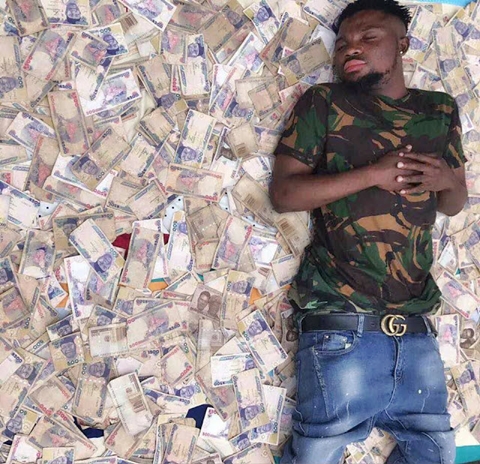 A young Nigerian man identified as Freeman Obg Owoboy, who is notoriously known to flaunt bundles of money on social media, has taken to the social networking platform, Facebook to share the story of his success.

The young man had some months ago, gone viral for sharing photos of himself sleeping on piles of cash.  As at the time his photos went viral on social media, many associated him to ritualism due to the fact that the source of his wealth is a mystery. 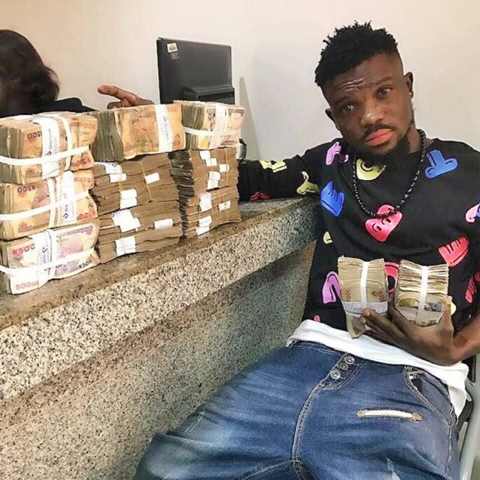 In his recent post, Owoboy who revealed his real name as Ufuoma Williams, shared his story and expressed that he gets really hurt whenever people say his money comes from ritual, because he worked hard to have what he has now.

Williams revealed that he had lost both his parents at a very young age and he had to depend on himself and survive on the streets on his own.

According to him, he had slept in a car wash he worked at for years until he came into money. He further noted that he changed his name to Owoboy because he believes he would never go broke again. 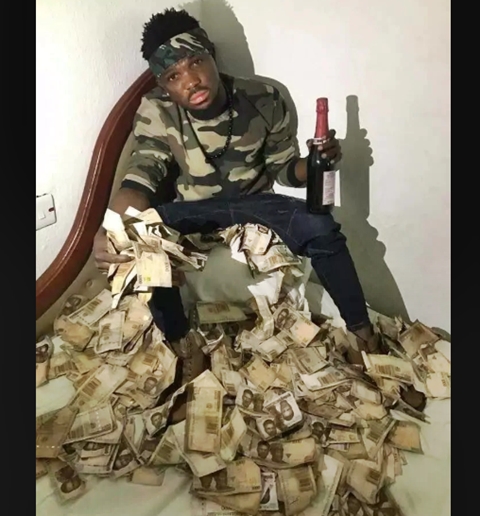 "Let me brief you a little biography of me, My real name is Ufuoma while my English name is Williams I'm from delta state urobo ughelli local government while my mom is from edo state . I have been in the street all my life without a family support, I lost my dad when I was a little boy then I lost my mom September 3 2009.

"Through there I became a typical street boy I have no option thank to work in car wash just to survived and I spend a year been a car wash boy with no home but to sleep in uncompleted building or government school for so many years.

"Along the line I met my J SS 3 friends and I spend extra 3 years before oluwa shine his light upon me and when I started seeing glory Then I said to my self I gotta keep my hustle spirit alive to avoid brokenness 2 years later I noticed I can never be poor again then I have to change my name to Owoboy .. sometimes it really hurt me when people call me ritualist because they don't even no me and they keep saying what their eyes did not see I just pray God forgive them."