Some Natural Reasons Why Men Don't Marry Women Above 30+ 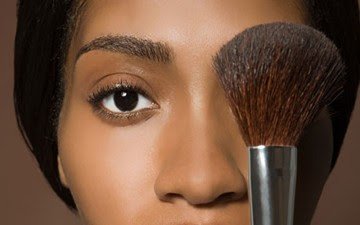 "Firstly women over-30 have a lower fertility. If you want to build a family with these old donkeys be prepared to possibly have a downs syndrome child.

2. When you marry a 30+ woman, you’re marrying her 30+ penises she's had over her long life on earth. She has more bodies than a grave yard.

Women over-30 are very bitter from the wasted prime spent on failed relationships she hoped would lead to marriage. Now that you’re marrying her, she should be grateful, but she’s not. She's always just angry

By marrying a woman over 30+ you are investing everything in a rapidly depreciating pleasure provider that has already lost a lot of its aesthetic value... She will be wrinkled in the next 5 years and already having back problems.

Many guys these days are marrying early 30’s women, and then, almost immediately – Bam!. It’s over almost before it began. Its because you are trying to make ancestors housewives. Leave these dinosaurs.

Marrying an over-30 woman is like buying a used car 1Km short of its 120,000km servicing. The over-30 woman can fix herself up enough to fool the prospective provider/hubby for a short while, and once the line that is dotted is signed her true colours come out.

Many women who are not married in their late 30s today never saw it coming. They had a plan: finish their first degree, masters, a job, a promotion, make money, be independent and settle down by 30, latest 32. 😂😂

Over the years, they turn down potential husbands, go on a partying spree like they have frozen time, only to arrive at 35 with nothing to show for it other than a dead end job, a car, and sometimes a child from a relationship that never quite worked out

So, now they are stuck in a phase where they will never find a man of their dreams and have to settle for any man who will be gracious enough to even suggest marriage. By now, all those flimsy and shallow standards they used to have are gone, humility is their second name.

I have seen many women on Twitter in their 20s buy into the misguided, feminist belief that men & marriage are bad for their academic & career advancement. What feminism does not factor in is that the older a woman get, the less a chance she stands of marrying someone desirable.

This is a fact of life, don't come here with your Nywe Nywe Nywe misogyny... VOETSEK

Very few men would marry a 35+ woman when we live in a highly hypergamous (act of marrying someone wealthier than you) society. There are plenty of young and hot beautiful women ready to settle into a marriage where they play the second fiddle as long as the man provides.

It is good to be ambitious, even better to break the stupid glass ceilings, but at what price? Bottom line, at some point, you will need a man in your life. My experience of having observed women 30+ has proven that they mostly live a life full of regrets.

Let me share with you from my observations the signs that a woman is likely to end up single, and lonely and stay away from these types!!

1. She values education and career over marriage and relationship. She's always throwing statements like "Marriage isn't an achievement"
2. At age 30+ she has more liquor in her refrigerator than fruits and vegetables.
3. She can take down more shots than any of her peers at 30+ who have kids
4. She’s into smoking cigarettes and addicted to weed.
5. Her idea of fun at age 30+ is a night out with the girls.
6. At age 30+ she still insists on only dating men based on what their career is. "He's a lawyer" "He's a doctor" "He's an engineer"
7. The idea of cooking for a man is a total turn-off to her.
8. She has never forgiven her father for abusing her mother, or her first boyfriend used to abuse her and she now thinks every man is violent and controlling.
9. She is so much into fashion, and hair-styling she doesn't want to be identified as being old in her circles
10. Her job involves a lot of travelling.
11. She can easily find a parking spot at Taboo than her way to church.
12. She believes in absolute equality in marriage without any sacrifice or compromise.

My brother if you find an ancestor over 32+ Love yourself...... run away from these dinosaurs

DO YOU AGREE WITH HER?

15 questions you must ask your girlfriend before proposing

Does the North Pole have a hole?

What does it mean when a married old man says during an extramarital affair that he is committed to the other married woman? Is this possible?

I asked my husband if I could drive to get warm. My husband looked very upset and gave me the silent treatment. Should I be worried?